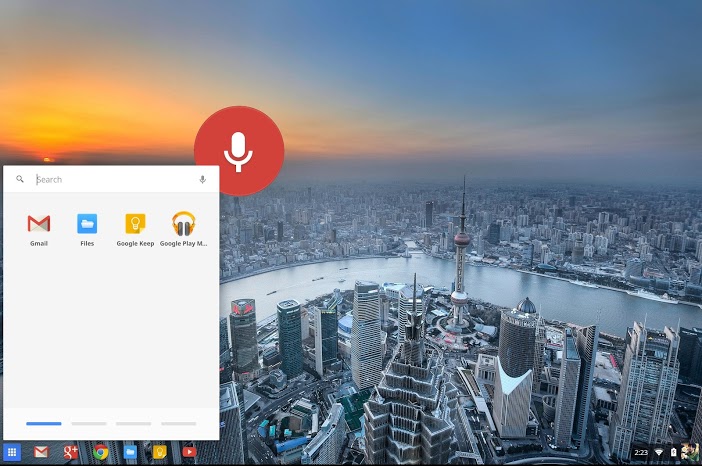 If you’re running a Dev Channel version of Chrome OS you may want to update to the latest build. New to the OS is the ability to use the “Ok Google” command that was introduced in the latest version of Android 4.4 KitKat.

By opening up the app launcher and using this voice command, it allows users to open apps and complete other tasks.

Today on Google+, Chromium evangelist François Beaufort said that “it is just the beginning” and the feature could grow much bigger down the road, allowing users to ask it to open things such as Gmail or even a chat with a friend.

“If you’re on the Dev Channel now and have previously enabled the App Launcher Start Page hidden behind the experimental chrome://flags/#enable-app-launcher-start-page flag, it should work out the box. Just say “Ok Google” and search for something by saying it. That’s all ;)”

It may be a while before the feature reaches stable builds of Chrome OS, but at least it’s something to look forward to!