In a Chrome OS Canary channel release, a new feature is being tested. The “cast menu” will allow Chromebooks to cast their entire desktop screen to a Chromecast.

Now having the ability to cast your Chromebook screen to a TV is nothing really new. You could always have cast a web page via the Chromecast extension, but now it works natively. 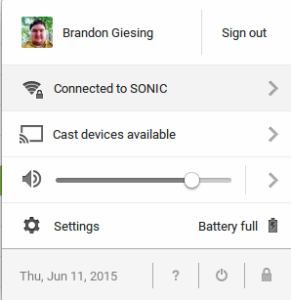 How the cast function will work is when you are connected to a network with a Chromecast on it, an option will appear in the menu reading “Cast Devices Available”.

Clicking on that will give you a menu containing all cast devices on your network. 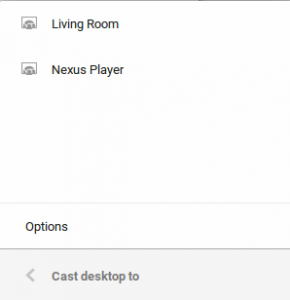 A similar functionality has been available on select Android devices for a while now, so it makes sense to add it to Chromebooks.