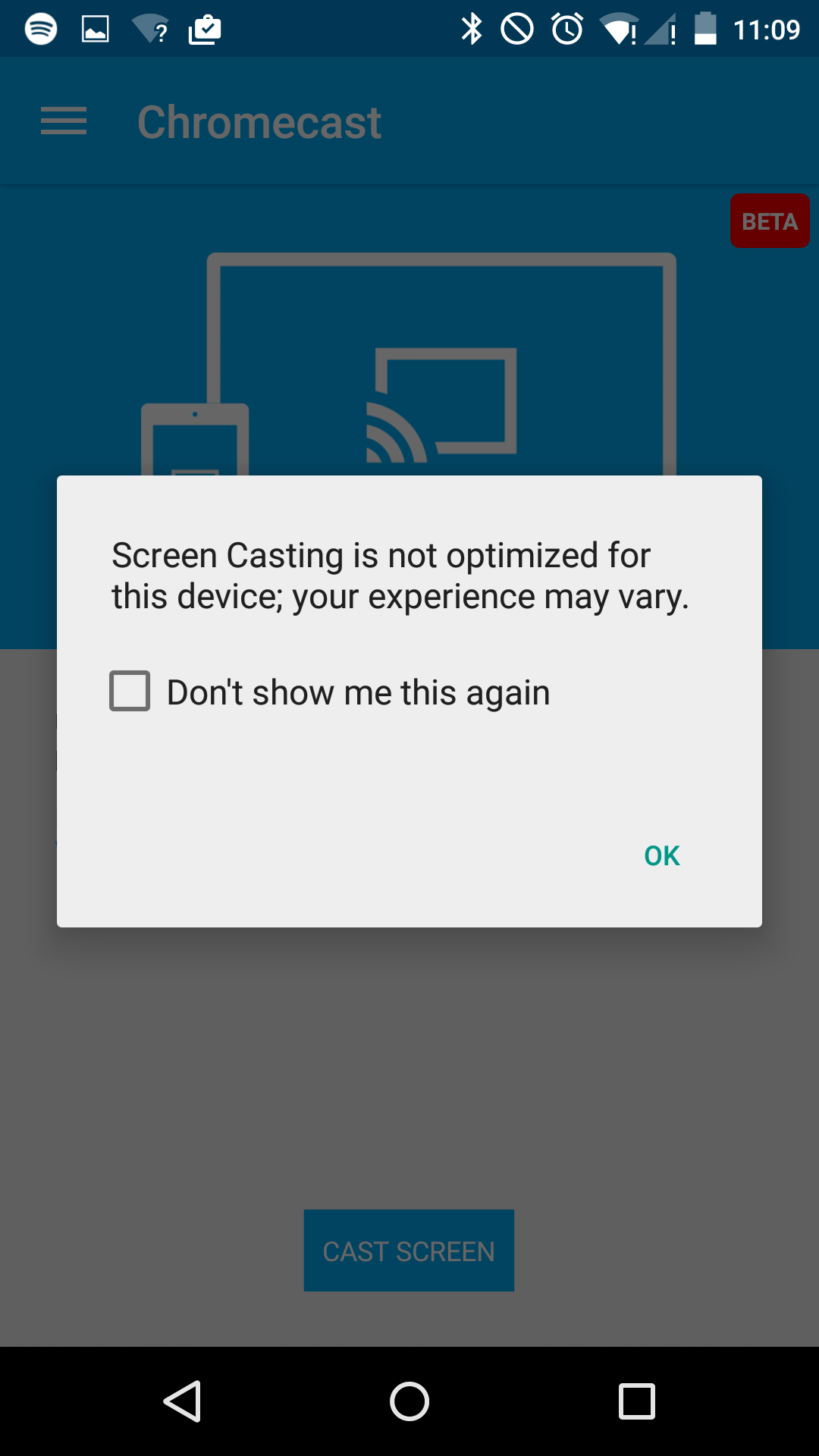 The Material Design train keeps rolling right alone, sometimes longer than expected. While not one of Google’s “major” apps, Chromecast is still widely used, and necessary for obviously connecting, well Chromecasts. Today, the Chromecast app received its Material Design UI update and man is it gorgeous. No, the hamburger menu button does not have an animation, but who cares. It’s another app updated to match the Material Design brought by Android 5.0 Lollipop. We have another app that matches Lollipop perfectly, and still functions great.

Also included in the latest update for the Chromecast app, is the ability to cast your screen from any device running 4.4.2 or higher. This functionality is still in the beta stage, but Google must’ve felt strongly enough to let this roll out to the masses. What’s interesting is that you no longer need a rooted device, or a device running Lollipop in order to cast your screen to your Chromecast. This is an exciting update, and while an error message does pop up, warning you about compatibility, we encourage you to give it a shot.

I used to have the Nexus 5, and installed the Lollipop Developer Preview on day one, and the ability to easily cast my screen is an amazing implementation, to an already complex, yet amazing experience. However, the fact that Google is running this out to everyone running 4.4.2 or higher is pretty darn awesome in itself. Of course, since this is still in the beta phase, don’t get discouraged if casting your screen from an older device, doesn’t run as smoothly as you’d like, but give it time, and watch out for any updates to come out for the Chromecast app.

Have you gotten the Material Design update for the Chromecast? Have you tried out the casting functionality on a device that is not running Lollipop? Let us know in the comments below.