Last month, I posted about how I finally switched to Google Keyboard after years of using Fleksy. In the end, it came down to consistent updates and typing speed. Although several commenters supported my decision, many suggested other keyboards I should have switched to. One commenter suggested Chrooma Keyboard, which looks like a beefed-up version of Google Keyboard. I hadn’t considered Chrooma as a replacement then, but I decided that I might as well give it a chance. So let’s see if Chrooma can make me switch keyboards again!

Since Chrooma is based off of Google Keyboard, their appearances are extremely similar. In fact, I would wager that most would be hard pressed to tell them apart. They both share the same flat appearance with an almost identical button layout. However, the options for altering the looks vary greatly depending on which keyboard you choose.

Google Keyboard has basic options for customizing your keyboard. You can add or remove the border around the keys, choose from several preset themes, or use your own photo for the appearance of the keyboard. I found that most of the preset themes look nice and have a Material Design feel to them, which matches the keyboard design well. You can also change the height of the keyboard, toggle one-handed mode, and alter the layout of the letters. That is basically the end of the list when it comes to customizing Google Keyboard. 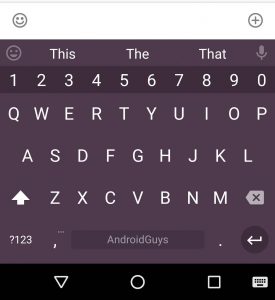 When it comes to Chrooma Keyboard, you have many more options. You can choose between three themes: color adaptive (changes color based on the app you’re in), fixed color, and AMOLED (a dark keyboard background for AMOLED displays). I personally prefer the color adaptive mode because it makes the keyboard appear like it is made for the app I’m using. That being said, I have run into a few bugs where the prediction row of the keyboard (very top) turns completely white in some apps making the text unreadable.

One of my favorite options in Chrooma has been Night Mode, which will darken the color of your keyboard when you are using your phone at night. This keeps you from being blinded if you are using a brightly colored keyboard. You can alter the layout of the buttons in Chrooma as well as add custom text to be displayed on the space bar. If you want to pay for the premium version of Chrooma, you can have access to some more customization options, but I stuck with the free version since Google Keyboard is also free. The paid version of Chrooma comes with options such as keyboard size, disabling the Action row, and further changing the keyboard look.

As you can tell, Chrooma definitely wins when it comes to the sheer amount of customization options available, but I was sad to see some options that are available on Google Keyboard only available in the paid version of Chrooma. Personally, I like to shrink the size of my keyboards to allow for more space on the screen, and I was disappointed that Chrooma didn’t include this option for free. 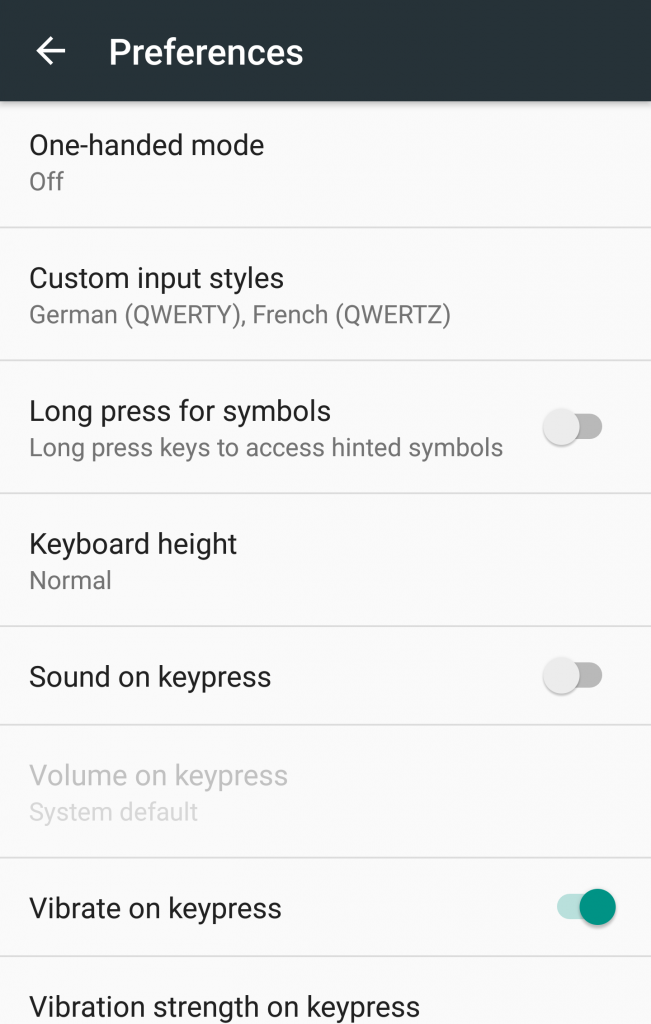 Features are often the deciding factor when it comes to what keyboard people use, and I was fully prepared for the features in Chrooma to win me over. But let’s start with some of the features available in Google Keyboard. First off, Google Keyboard has the option for gesture typing, which is often called swiping-to-type. This feature can be enabled and disabled as well as slightly customized, and it was one of the main reasons I chose Google Keyboard as my Fleksy replacement. There is also a one-handed mode that you can enable or disable from the keyboard settings or the keyboard itself.

There are several gestures (not to be confused with gesture typing) that can help speed up your typing. By swiping to the left from the backspace button, you can delete entire words at a time, and for precise cursor movement, you can slide you finger along the space bar to move the cursor around. You can also quickly access the keyboard settings by holding down the comma key and swiping up. Just as with the customization options, Google Keyboard offers a nice selection of useful features but not as many as Chrooma does.

Jumping over to Chrooma, you’ll see that it also has support for gesture typing along with several options for customizing it to your liking. Moving on from that is the option to toggle one-handed mode than can also be enabled from the keyboard or in the settings. Although I do not use one-handed mode in either keyboard, Chrooma moves the keys much more than Google Keyboard does, and it looks like they are too close together. You can alter the amount that one-handed mode shrinks the keyboard, but you will need the Premium version of Chrooma. 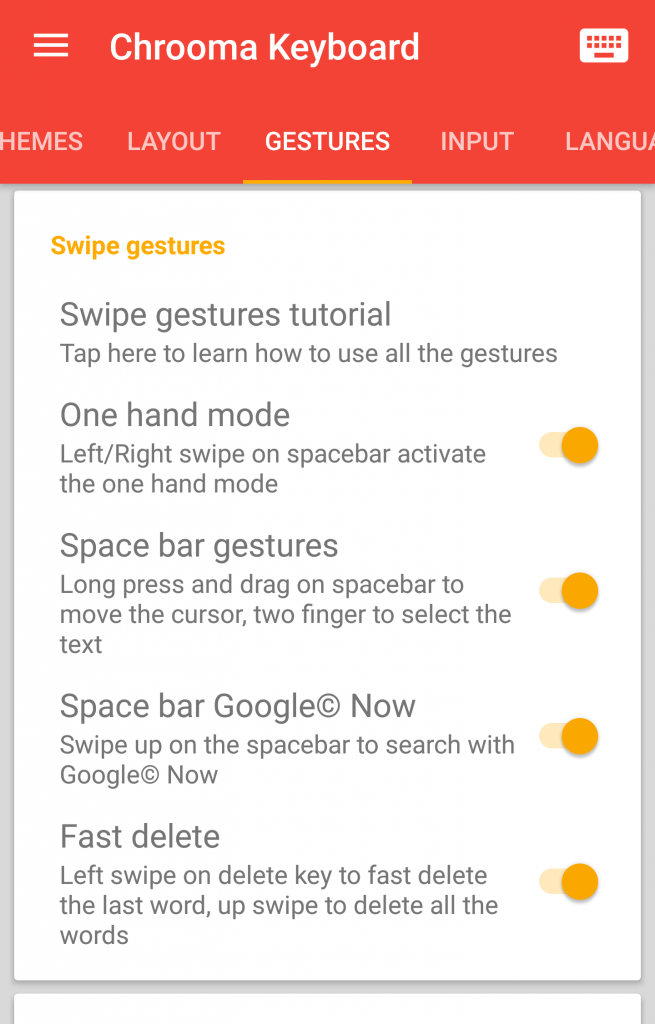 My favorite features in Chrooma have to be all of the gestures available to you. Swiping left or right on the space bar will enable one-handed mode, swiping left from backspace will delete the previous word, and swiping up from backspace will delete all the text you have written. The most useful gesture for me was swiping up from the space bar to immediately search Google Now for whatever you typed. This was great for finding movie times without having to leave my messaging app.

Chrooma also has the feature for moving the cursor by sliding along the space bar, but it is taken a step further. After positioning the cursor, you can slide your finger halfway up the keyboard and then side to side to accurately highlight text. This makes deleting certain parts of messages much faster and easier.

As you can tell, Chrooma is demonstrating that it truly is a beefed-up version of Google Keyboard. While Google Keyboard includes some useful features, Chrooma takes those features and expounds upon them (although you will need to pay for access to all of them).

These two categories are the main deciding factor for me when choosing a keyboard to use, and it was the original reason I switched to Google Keyboard. With all of the similarities between these two keyboards, I imagined that the typing experiences would be almost the same; however, I was completely wrong. I am not sure what it is about Chrooma, but throughout my time with it, my speed and accuracy never got close to what I was getting with Google Keyboard.

I found that Chrooma had a difficult time choosing the correct word when I was gesture typing. I changed settings around to try and get the best accuracy out of Chrooma that I could, but in the end, Google Keyboard is just a quicker and more accurate keyboard for me.

So what does that mean for my keyboard of choice? Personally, I am going to stick with Google Keyboard simply because it gives me the best speed and accuracy. Chrooma Keyboard is an incredible option for those looking for a stock keyboard experience with some extra flair, and it is obvious that people other than myself are great at typing on it due to the amount of fans it has.

If you are looking for a keyboard replacement, go check out Google Keyboard and Chrooma Keyboard because they are some of the best around.

How to change the Google Keyboard theme on your phone

Getting the most out of your GBoard update [How-To]

GBoard is finally official via the Google Play Store