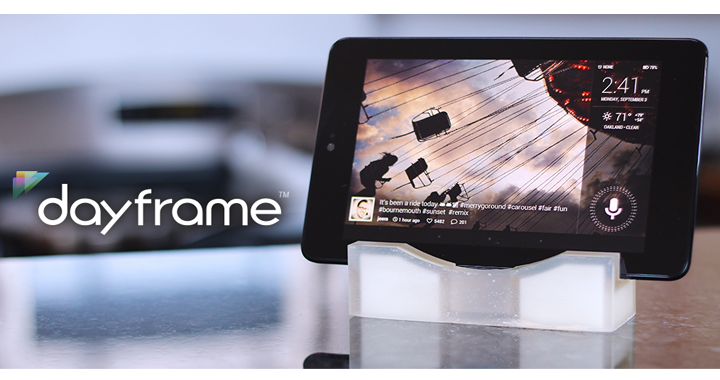 Cloud.tv, the guys behind HD widgets and Cloudskipper, have redesigned docking apps for Android.  Well, that’s the hope, at least.  Today sees them releasing a new app, Dayframe,  for your Android 2.3+ device which is equal parts gorgeous, convenient, and flexible.

Designed with the Nexus 7 and Android 4.1 in mind, Dayframe brings your Twitter, Facebook, Instagram, and Tumblr accounts together alongside the current time, weather, alarm details, and more.  What’s more, the user has the option of toggling on/off voice control for sending messages, leaving comments on photos, and searching. 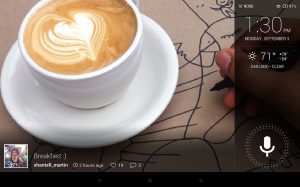 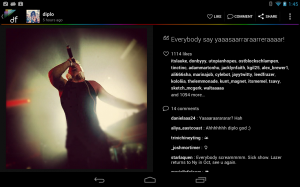 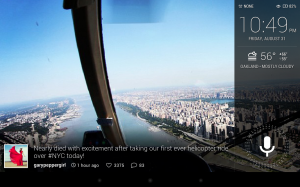 It’s worth pointing out that today’s release is just a preview version of the final app and that you may encounter a goofy situation here and there.  We’ve played with it a bit these last two days and love the way it looks on the Nexus 7.  If we could somehow enable this to be our default mode for plugged in and landscape orientation, we’d be even more stoked. The final release of Dayframe is slated for later this fall, so keep you eyes open!

DayFrame Public Preview Available Thursday, September 6th.
The creative minds behind HD Widgets and Cloudskipper are happy to announce a public preview of their upcoming app, DayFrame, will be available as a free download on Thursday September 6th.
Our goal was to create the next big thing: a revolutionary dock app for the Nexus 7 and other Android tablets and devices.
DayFrame’s outstanding feature is an always up-to-date photostream of friends, family, and interests gathered together from your favorite social networks, including Instagram, Tumblr, Facebook, Twitter, and Flickr.
Spend less time flipping through apps and enjoy pictures in your real world. DayFrame pulls from several sources, mixing personal moments with shared art and memes so it’s always fresh and interesting.
But DayFrame is more than a slideshow. Not only did we include social essentials like user info, caption, likes, and comments, we also added practical HUD features like time & date, current weather, next alarm, and battery/charge status.
But the KILLER difference is the BIG voice-command button on the front of the slideshow. Need to look something up? Send a message? Now just tap and say it. Want to comment on a friend’s picture? No problem – speak and send! Now that’s a dock app!
We also wanted something useful for repurposing older Android tablets: place one in the kitchen and let it run as a voice-controlled home kiosk and conversational photo frame. Wicked.
DayFrame works on all Android devices running 2.3 & up but works best using Jellybean’s amazingly accurate voice input.
There’s so much to do and much more to come, but we couldn’t wait. We really wanted to share our idea and start getting feedback early on.
This is a functional alpha release that will be available this Thursday morning. The official release will be out later in the fall. 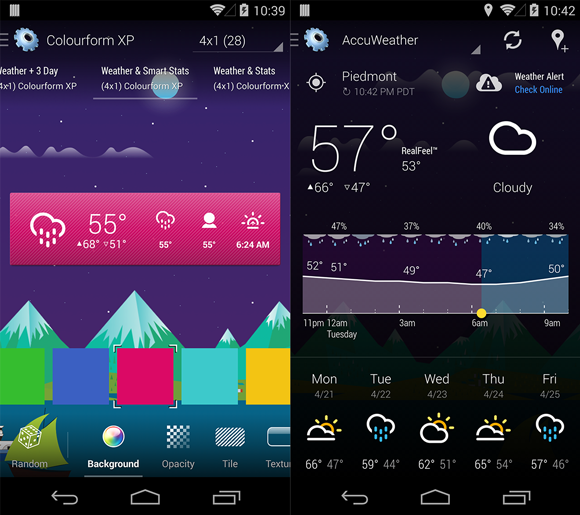