Owners of the NVIDIA SHIELD tablets have gotten some pretty awesome news this week. It looks like the Android 5.0 Lollipop update will be coming to their devices, with the roll out starting November 18th. Once Lollipop hits the SHIELD, that update will make the SHIELD one of the first Android tablets running Lollipop, and will of course bring the beloved Material design. Coming with the Lollipop update is also the SHIELD tablet’s preloaded Dabbler app. The Dabbler app will also be updated to sport a new Lollipop style interface. The software will also offer full support for layers, and users will be able to share live Dabbler sessions via Twitch. 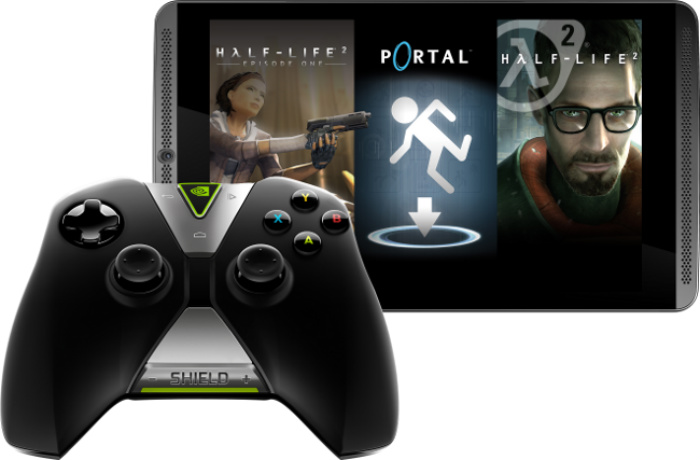 The games that are coming to the SHIELD are nothing short of awesome. Just about every gamer has heard of Valve, Half-Life, and Portal. Well, Half-Life 2: Episode One is coming to the SHIELD, updated and optimized for the Tegra K1. If you’re looking to get the 32GB/LTE version of the SHIELD, Half-Life 2 will come as part of the “Green Box” bundle. Also included in this bundle is the entirety of Half-Life 2, and Portal, brought to everyone by the team at Valve. As someone who loved the “Orange Box” which included the mentioned titles, along with Team Fortress 2, this is an awesome bundle with some great games.

Last but certainly not least, NVIDIA is bring GRID to the SHIELD. The GRID is essentially Netflix for games, and is a way for NVIDIA SHIELD users to get in on the act by streaming games.

The ability to stream games isn’t a new concept, but it will definitely be interesting to see how the folks at NVIDIA integrate GRID for the SHIELD. While the roll out hasn’t begun just yet, it will be available in North America this month, western Europe in December, and Asia next year. Some of the titles that will be available within GRID on day one include Batman: Arkham City and Borderlands 2, but there are plans to release new games every week. The GRID services will be available for free on the SHIELD tablet and SHIELD portable from the date of launch until June 30th of 2015.

Do you currently own the SHIELD tablet or the SHIELD portable? Let us know in the comments if you’re excited for these changes to come to your SHIELD.