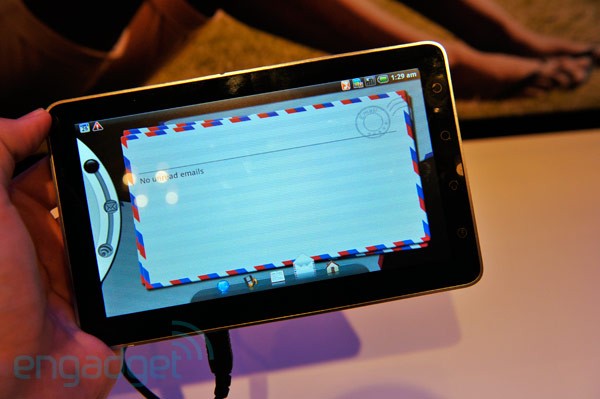 Despite statements to the contrary, Acer is in at least the concept phase for an eReader device, pictured to the left.  Engadget is reporting that they have spotted the device at the Acer booth at Computex in Taiwan.

Simply titled the “eBook”, the unit displayed at the booth had no specs listed, except for the processor which is the Qualcomm MSM7227.  It was reported that the eBook was built to show off this aging processor, but the reporter who handled the device said it was an interesting concept.

Instead of being like a Kindle, it is being reported that it feels more like an iPhone on steroids.  The interface was sluggish and slow, half baked software is it what it was described as.  The eBook runs on a flavor of Android, with a lot of customization floating on top.

There is no word whether or not this eBook will go to production, or whether it would be competitive or not with the Kindle or iPad, but it is an interesting discovery nonetheless.