The top five European markets (France, Germany, Italy, Spain and the United Kingdom)  have seen a modest surge in smartphone adoption over the last year, according to new a report from comScore.  Overall smartphone penetration has reached 54.6 percent of mobile users, up 13 percent over last year. 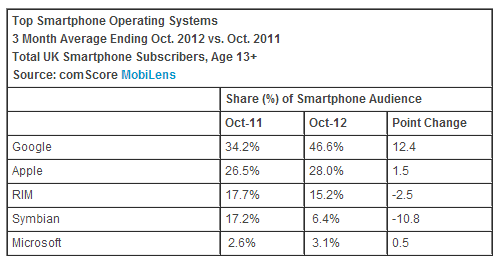 As is the case with the United States, the growth comes on the back of Android and iOS. Android, as a platform, is up 12.4 percent over the previous year and now commands 46.6 percent of the market. Apple gets a 1.5 percent increase in the year-over-year period and holds 28 percent of the pie.  As for the other major platforms, RIM trails in third at 15.2 percent (-2.5), followed by Symbian at 6.4 percent (-10.8). Microsoft follows in fifth with 3.1 percent but is up on the year, growing a slight .5 percent. 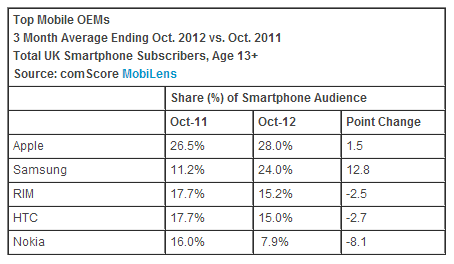