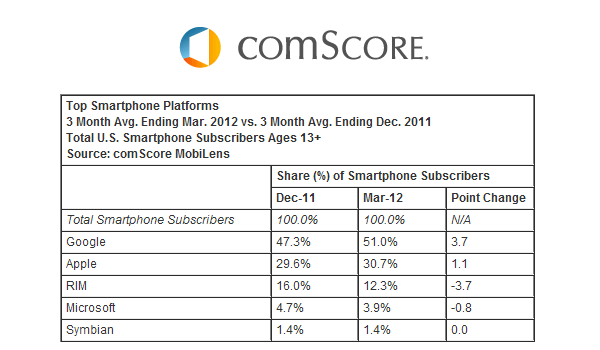 Android now holds a major stake in the business that is U.S. smartphones.  According to figures from the latest comScore MobiLens report, the Android platform has been found on more than half (51 percent) of all smartphones in the United States.  The data, compiled from during the three month average period ending March 2012, was compiled from more than 30,000 U.S. mobile subscribers.   Up 3.7 percent from the previous quarter, it’s the biggest gaining platform in comScore’s report.

Apple follows in second place with 30.7 percent of the market, up 1.1 percent from the previous quarter.  Other than these two players, everyone else on the survey reported losing ground.  RIM, perhaps coincidentally, lost 3.7 percent share during the three-month period.  Is Android eating up all of RIM’s market or is the BlackBerry platform dying a slow death at the hands of everyone else? 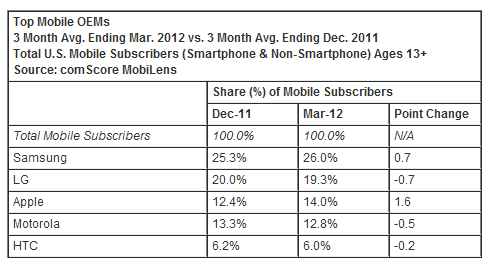 Where do you see Android leveling off?  Will it be in the fifties and sixties?  Higher?  Will it plateau right around the 63 percent mark once it’s gobbled up the remaining RIM slice? 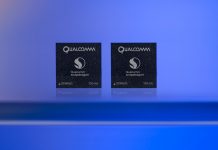 Change Ad Consent Do not sell my data
Contact us: pres[email protected]