According to yesterday’s comScore findings, Android posted a 5.2 percent gain in markest share in the November 2009 – February 2010 time frame, considerably better than the likes of Apple and Research in Motion. The growth is obviously  a result of the Motorola Droid and Nexus One getting released over the study period.

To be fair, Android-based phones still only account for 9 percent of the total smartphone market here in the United States while RIM is top dog at 42.1 percent. Android sits at fourth place overall, also trailing Apple (25.4%) and Windows Mobile (15.1%).

While Android was the big winner, Microsoft was the big loser, dropping 4 percentage points from the previous spot. Another quarter or so with that trend and Android might eclipse Ballmer and Pals. Don’t expect things to go down so easily as T-Mobile‘s new HTC HD2 is getting tons of praise and helping the WinMo cause. 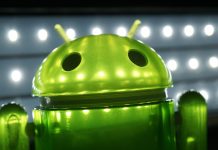 Samsung, LG and HTC’s mobile divisions are all losing money, but why?

comScore: Android holds strong at 53.4% of the mobile market