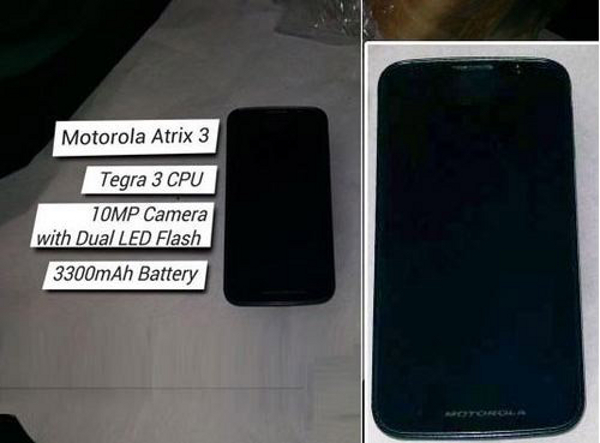 You might think you’re looking at a Samsung Galaxy Nexus in the picture, but its actually a concept design for the upcoming Motorola Atrix 3. A welcomed concept from where I sit, we’re so accustomed to the large brick design from Moto, its nice to see a slimmer rending of the future device.Rumored to have a quad-core Tegra 3 processor running Android v4.0, this would be a beast if released now. Its suggested we will also see a 4.3″ Hi-Def display with 720p resolution. In order to handle all that processing power, the fix is to include a larger battery with 3,300mAh capacity. That’s right around twice as big for most current models on the shelves today.

It appears they wan’t to lift the 8mp ceiling on today’s smartphone cameras, and go with a 10mp pitcure taker. Another ceiling in today’s devices seems to be 1GB of RAM, and they are looking to push that further by installing 2GB of RAM in this concept handset.