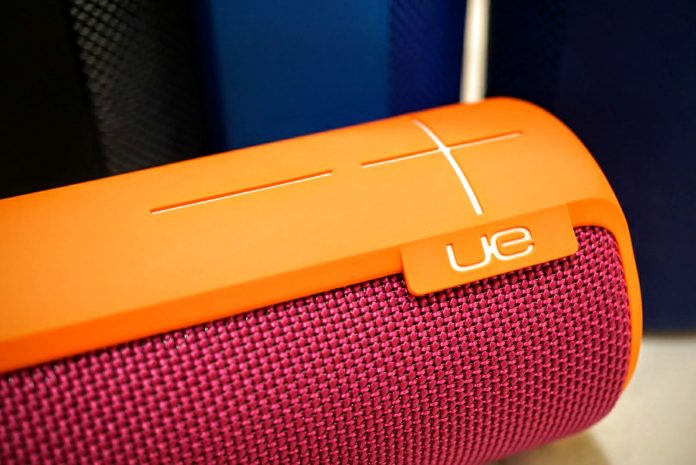 Ultimate Ears released a new update to its wireless speakers and app to allow for streaming to over 50 speakers at the same time called PartyUp.

There are hundreds of wireless speakers that offer wireless streaming with other features such as portability, waterproofing, and speakerphones for taking calls. Almost none focus on the total experience that Ultimate Ears puts front and center.

Music is made to entertain, and while one speaker is good, more is better. Ultimate Ears pioneered pairing two wireless speakers three years ago with the UE Boom, and now with the new app feature you can connect over 50 speakers at the same time to have the ultimate party. The new feature,PartyUp, works through one speaker that acts as the host to all other UE BOOM, BOOM II and MEGABOOM speakers that are in range.

“Now, when friends come together, they can easily connect their speakers without worrying about limitations. Whether you and your crew are on a rooftop without a power outlet, or 50 of your closest pals are floating down a river without a dry spot in sight, PartyUp lets the party grow within seconds.” – Charlotte Johs, general manager of Ultimate Ears

UE knows that music isn’t made to be played in the background. It’s a form of entertainment that has been lost in recent years to tinny smartphone and tablet speakers that are just good enough to make noise while studying, getting ready to go out, cooking or other mundane tasks. 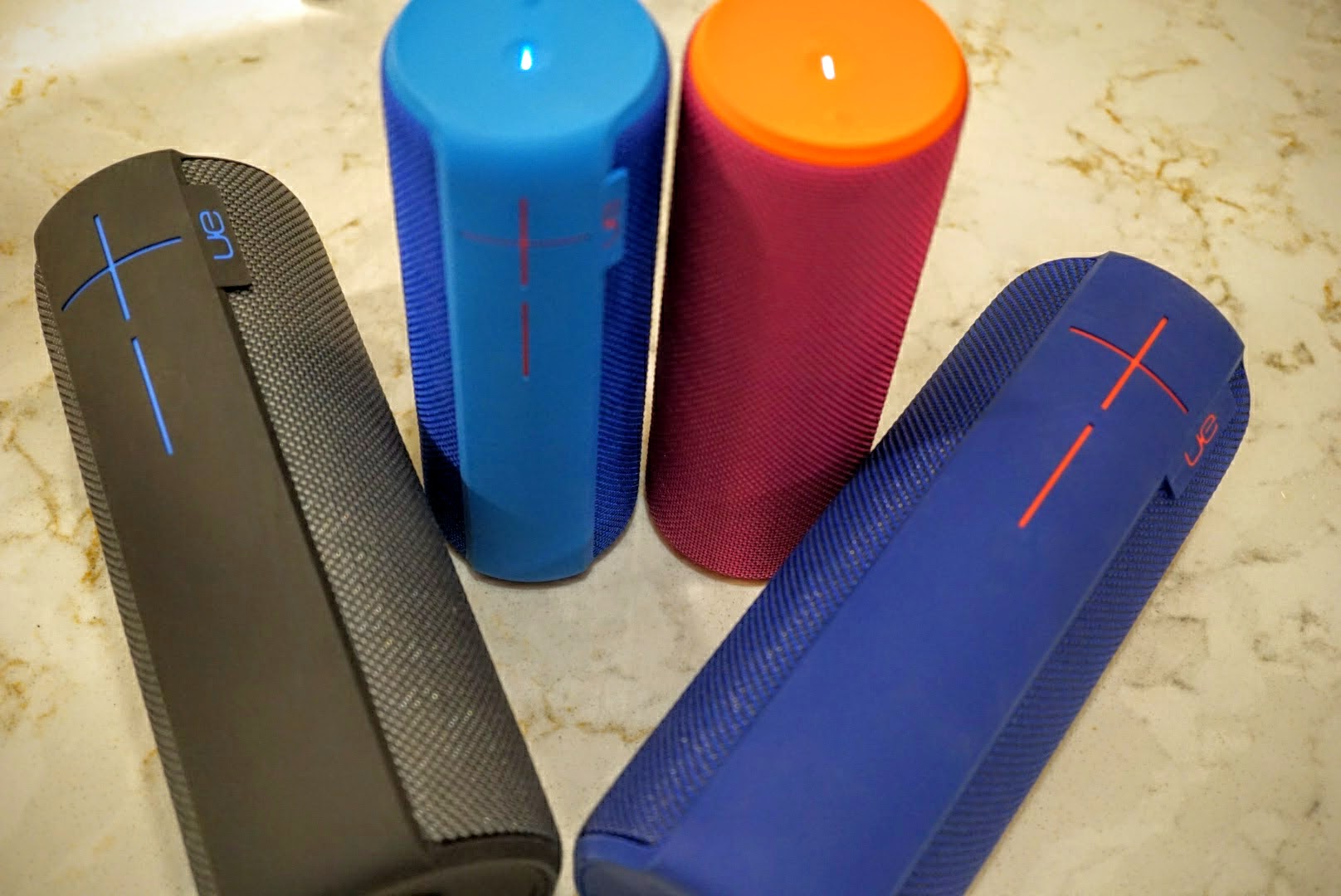 I’ve been testing out the PartyUp feature for over a week with two MEGABOOM and two MEGABOOM II speakers and think this latest feature is the next major advancement in software for wireless speakers. I brought them up to northern California with me to test out the new feature on my mother who loves music, and is the perfect candidate to test out the new app feature. Without getting into specifics, let’s just say my mom is terrible with technology. Breaking News! Even my mom paired all four speakers in less than a minute of opening the updated MEGABOOM app.

It’s so simple that anyone can do it. You first need to update your app and then update the firmware on your speaker in the app menu.

Once updated your main speaker which is paired to your smartphone through Bluetooth will instantly recognize other UE speakers in the vicinity, even if they are turned off. 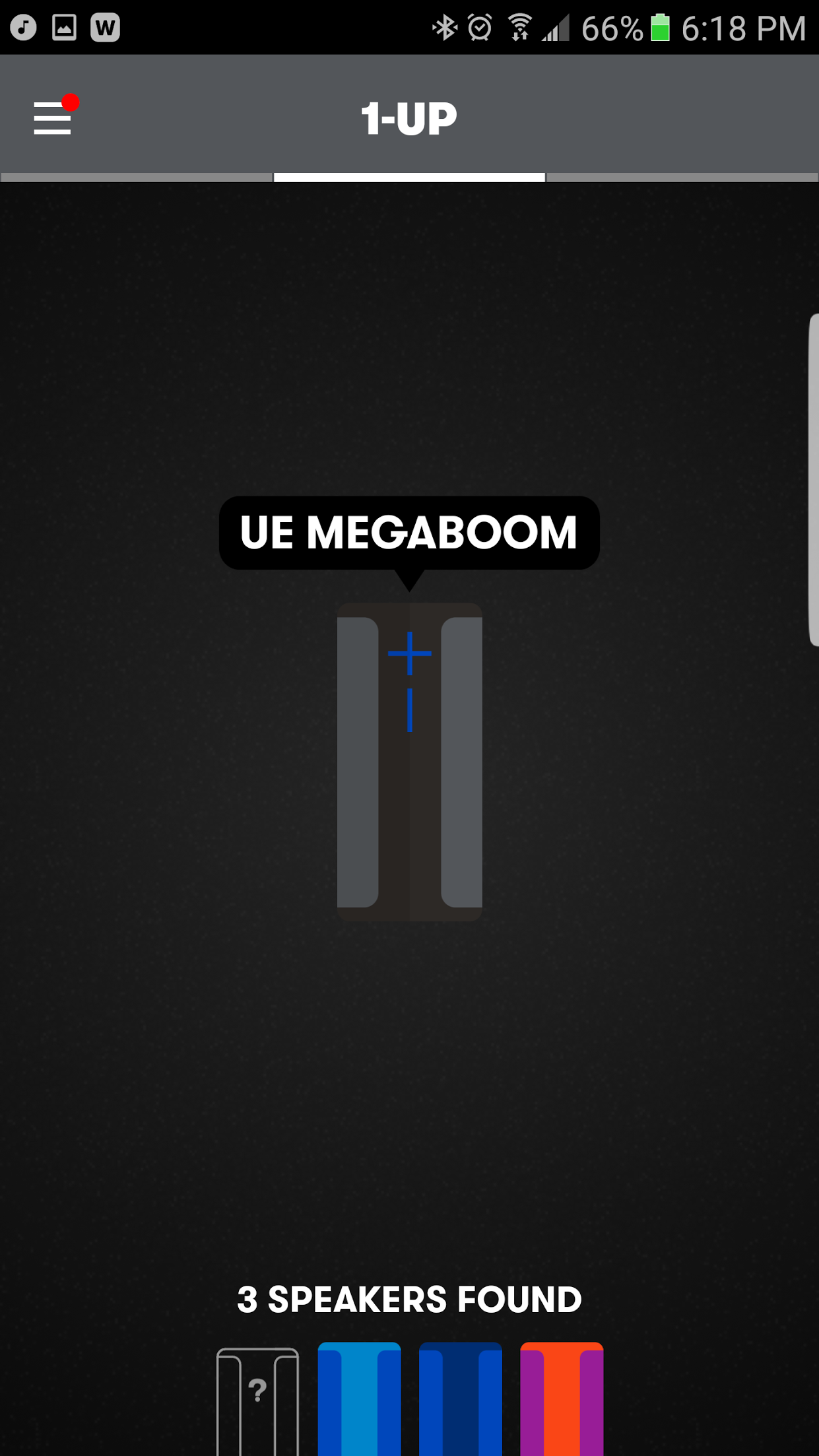 In order to connect the speakers, simply drag and drop the nearby speakers into the main body of the app. The UE speakers will turn on and connect within seconds. 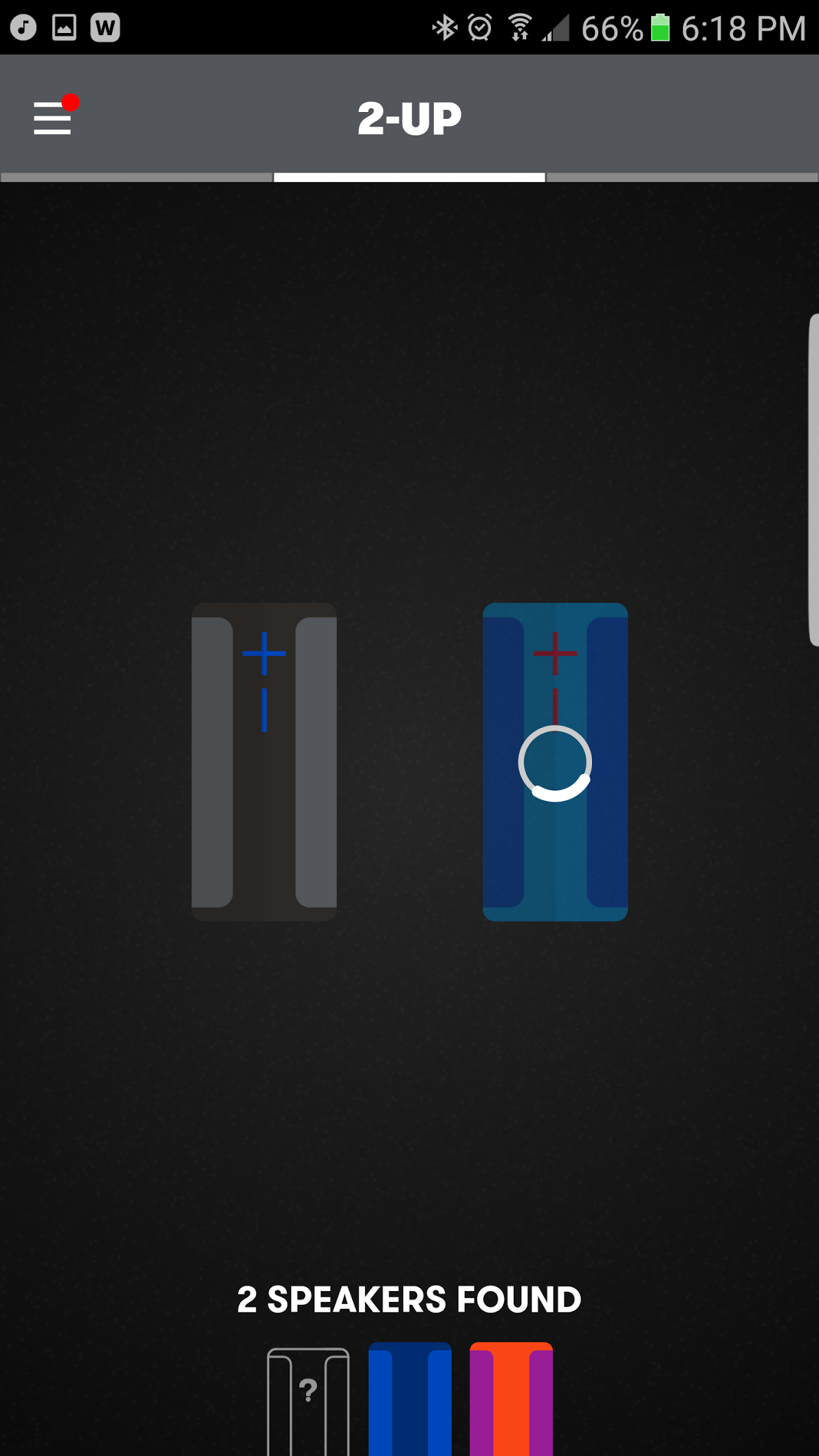 It’s literally that simple. You can control the volume of all of the speakers within the app simply by clicking the + and – symbols. 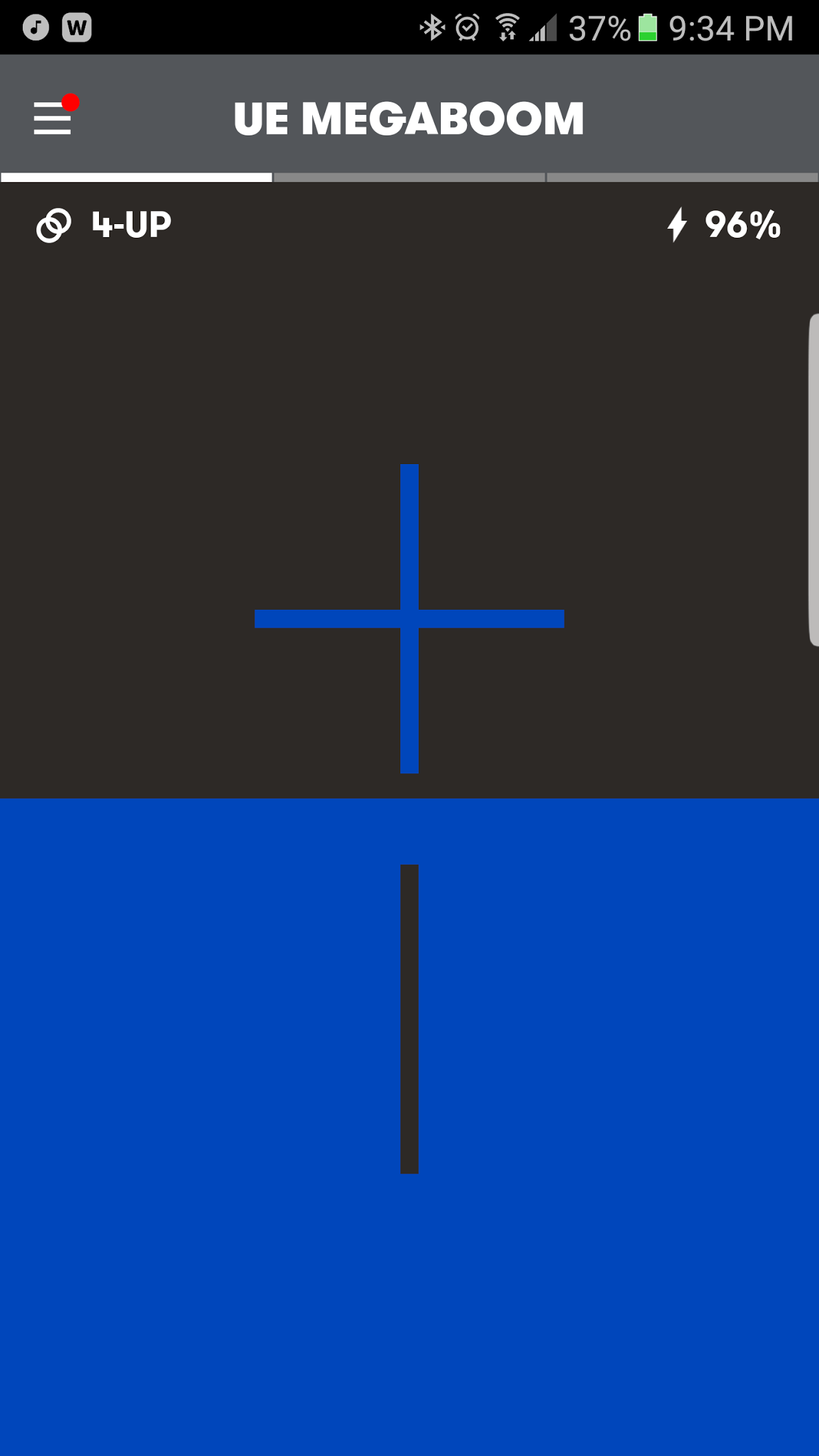 Four speakers get LOUD – so loud that my dad got mad at me, but he’s just a grump and that solidified my thoughts on these speakers being designed to party. My mom loved the speakers and so did our 10 guests who couldn’t believe the four strategically placed speakers were producing the 360 sound throughout the house at such a high quality. The Bluetooth range on the speakers is second to none, with the ability to stretch out to 100 feet. There was absolutely no delay between speakers. The Ultimate Ears app delivered on creating a party environment with the new PartyUp feature. 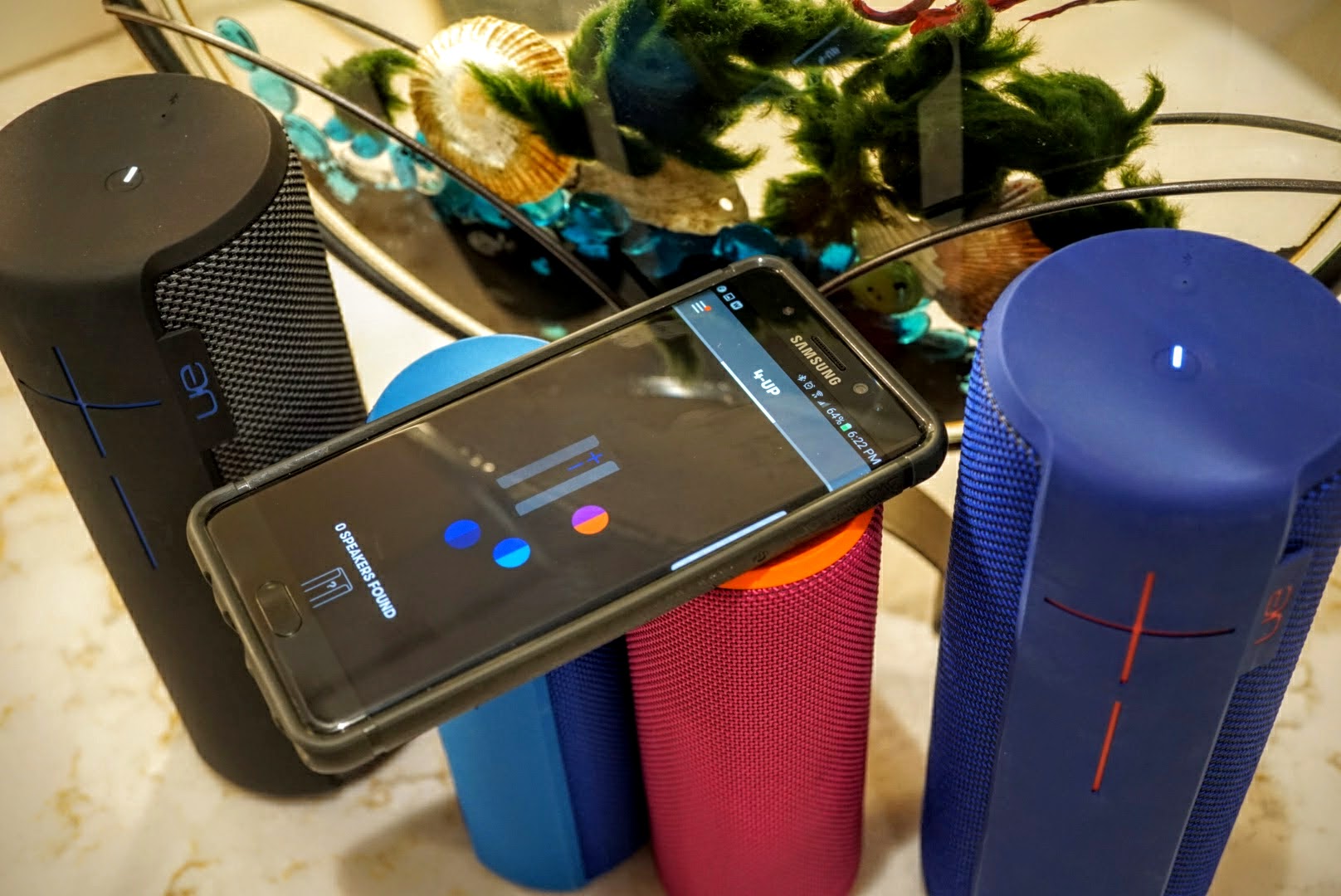 The volume on individual speakers can be turned up or down depending on your preference, and if you want to sync all of the volumes to the same level, all you have to do is click “sync” and all will come back to the same level dictated by the app. People who bring their own speakers to the party can also add music to the group playlist which Ultimate Ears calls “Block Party”.

After testing these speakers with the new PartyUp feature, I believe they are perfect for pool parties, house parties, Friday dinner get togethers, and even weddings. If you want a bigger party, simply bring more BOOM speakers to the event and crank up the volume.

It’s nice to see UE back its word by improving its speakers over time without making you buy new hardware with every new software advance. Even the first BOOM speaker which was released three years ago is even capable of taking part in the party.

For more information about Ultimate Ears and its products, visit the company’s website at www.ultimateears.com.