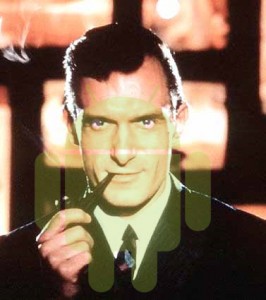 As a general rule I like to stay away from the all-in-ones. Sure, itâ€™s cool to show off how the DVD tray slides out of the side panel on the plasma or how the “this” also functions as a “that” at the push a magic button. But, we are left fuming when the “that” breaks forcing you to replace the whole unit even though the “this” still works fine. For me however the rule didn’t hold true when it came to my phone. I much prefer one magic app with one cool icon that does everything rather than a cluttered home page with multiple icons. So, it was with great anticipation that I downloaded GPhone Manager.

The thought of being able to replace Astro for file management, Taskiller to manage my processes and App Manager to track and backup my apps left me giddy; I cannot lie. The interface impressed me soon after I clicked â€œOpenâ€ and after a few minutes I was ready to dive all-in. I deleted Taskkiller, App Manager and Astro and set out to see if one is really always better than three.

I enjoyed the single icon and ease of use, Gphone Manager really was exactly what it advertises, “an ALL-IN-ONE…to save Power+Space+Time”. But, soon I started to miss the little things. Like the guy who lost the girl and misses the small things about her I began to miss the way Taskiller went to “X” when I had a lot of processes running. Or how Astro would let me see a pic before I decided to delete it or not. Sigh, those were good times. When I began to feel nostalgic over the cool Taskiller and App Manager icons I knew it was time to go. The goodbye was quick; I just think itâ€™s easier that way. Gphone Manager was out and Taskiller, App Manager and Astro were back!

Sure, they clutter my phone with icons and use up additional space. But for me, the added value each individual app brings out weighs the convenience that the all-in-one provided. This is not to say I’ll never go back to Gphone Manager. I know it won’t make my three apps happy, but I’m keeping Gphone Manager’s contact information. One bad update from the three or a new and improved one from Gphone Manager and I admit it, I’ll dump the three for the one again. Maybe thatâ€™s a part of why we love our Android’s so much guys; it caters well to our inability to commit. For now though I am very happy to go Hugh Hefner and am loving the extra features of my three over the convenience and space savings of the one!

How about you? Have you had success with an all-in-one? I want to hear your story!