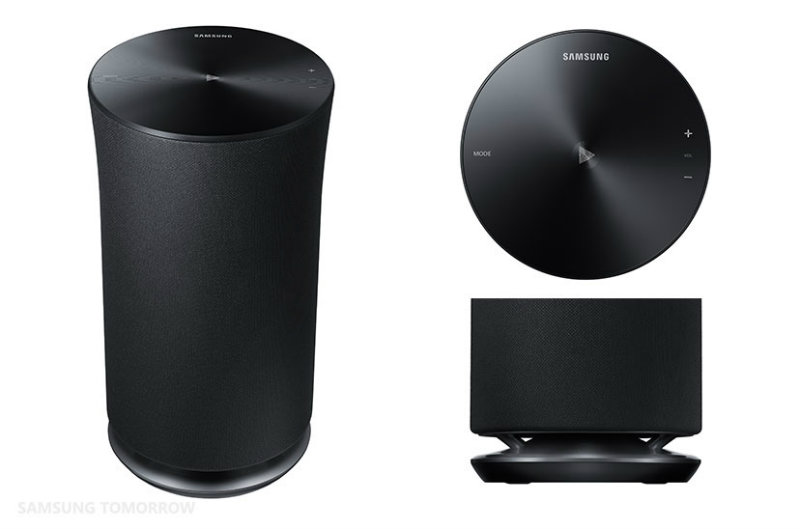 These past few weeks have been mighty busy for the folks over at Samsung. With the release of the Galaxy Note5 and Galaxy S6 Edge Plus, and IFA 2015 coming up around the corner, with the expected announcement of new smartwatches. Well they are still working their tails off and announced three new wireless speakers. These ones are a bit more special though.

The speakers that were announced today are a part of a series, the Wireless Audio 360 speakers. The R5, R3, and R1 models will be shown at off at IFA 2015, and will have some pretty awesome features in-tow. Users will be able to control the speakers by just tapping various sections on the tops of the speakers.Samsung is hoping this will be more intuitive for the consumer, and help provide a better experience overall.

This isn’t unprecedented since you can already control your music from your smartwatches, but it is really cool to see Samsung focusing on creating a better, and easier, overall experience for users.

The price range for the R5, R3, and R1 speakers will be between $199 and $399, and will release later this year. However, for those going to IFA 2015, you will be able to play around with these while you’re there.