Cortana, the virtual assistant from Microsoft has officially left beta and will now be readily available for anyone to use across Windows, iOS and Android. The personal assistant will also be built into Cyanogen OS.

Microsoft bills Cortana, named after the Halo character, as a personal assistant with personality. Now you’ll be able to use Cortana cross platform to do things like set location based reminders on one device and have it pop up on another, get missed call alerts and respond to text messages on your Windows 10 computer, and track flights and packages. 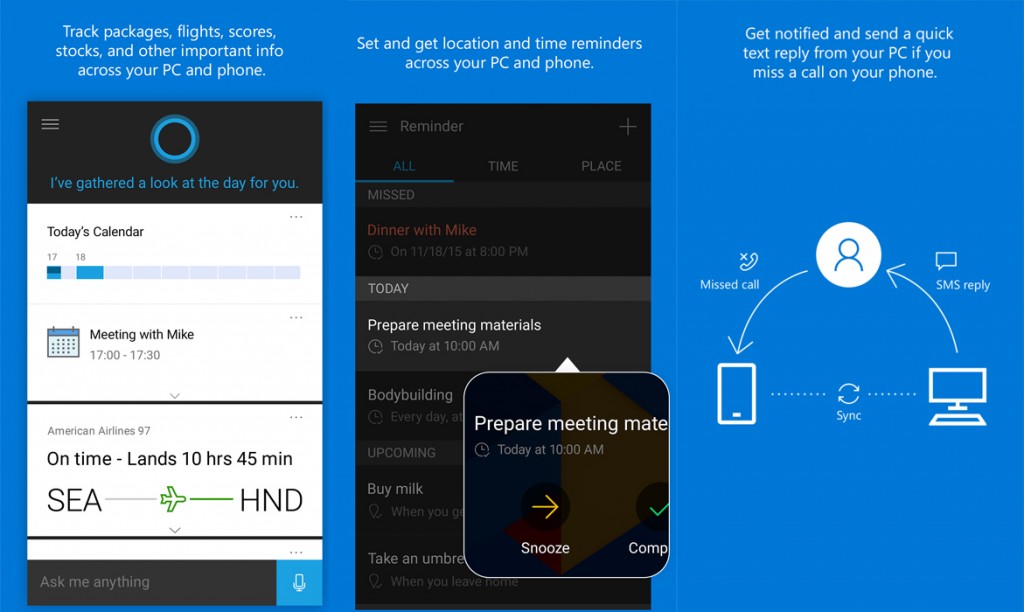 Microsoft says that Cortana will come with the same personality and features on mobile that it does on desktop. One of the main selling points of Cortana is the ability to give contextual suggestions for people, places and things that may interest you. Now the information and searches you use on one device will follow you to other devices so you’ll be able to pick up where you left off.

Even though Cortana will be fully featured on iOS and Android, due to some system limitations, it won’t be able to do some actions like toggling system settings or opening apps.

Another exciting tidbit is that on Cyanogen OS phones will now integrate Cortana much like Android Now is integrated into almost all Android Phones.  You’ll now be able to say “Hey Cortana” from any screen and have the personal assistant pop up, ready to serve. With the increased integration comes more options. On Cyanogen OS phones you’ll be able to ask to have your phone powered down, enter Quiet Mode or have it toggle network modes. 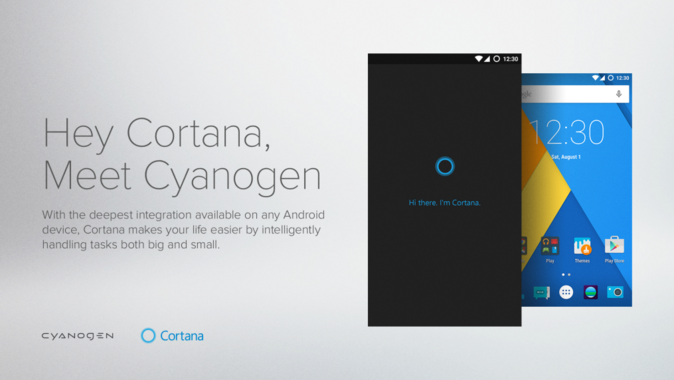 All of this is good news to those that find they like a little bit of personality in their personal assistant, but don’t want to jump over to iOS for the increasingly unreliable Siri.