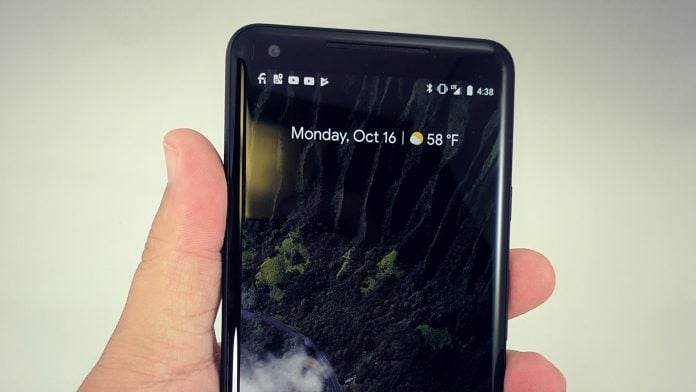 The weekend tends to be the quieter of times in the tech industry which provides a valuable opportunity to somewhat switch off from the world and actually enjoy tech from a consumer perspective.

This opportunity often results in observations and testing that otherwise may have gone unnoticed in the regular hustle and bustle of the working week. One such observation seemingly calls out the Pixel 2 XL as possibly having an issue with screen burn-in. It is something that can affect OLED screens and is where static buttons on a smartphone – like the navigation buttons in Android – keep certain pixels permanently active and so when they are eventually turned off by viewing another image that changes the regular color those pixels usually are lit up with, the original image is still visible.

That's some pretty wild OLED burn-in on the Pixel 2 XL after maybe 7 days of full-time use pic.twitter.com/EPJTs6D0Kg

Case and point is this review unit that is around 7 days old but the navigation buttons can be clearly seen even when viewing a full-screen grey image.

Viewing a grey image on the screen, you get a clear look at where the navigation bar has started to settle in on the display. You also interestingly see the portions of pixels where the back, home, and recents buttons go — those don’t seem to be burned in themselves (displaying white instead of black), but the outlines clearly show where they are compared to the black portion that’s burned in. Or that may be some optical trickery and the buttons are burned in. We’re just not sure what we’re seeing here.

While it certainly isn’t necessary for everyone with an OLED display to test for screen burn-in (trust me, if you had it you’d notice it), it does pose an interesting question if this is indicative of the review unit or a wider quality problem with the Pixel 2 XL units. Screen burn-in after a week of use is unacceptable and will certainly trigger a return under warranty but it could also be limited to the batch of review units that have been issued to the various media publications thus far, including the unit pictured above.

It will no doubt be something that is kept a close eye on, and while it is certainly something to be considered, you shouldn’t let it change your purchasing decision of the Pixel 2 XL.

The Pixel 2 is no longer available from Verizon