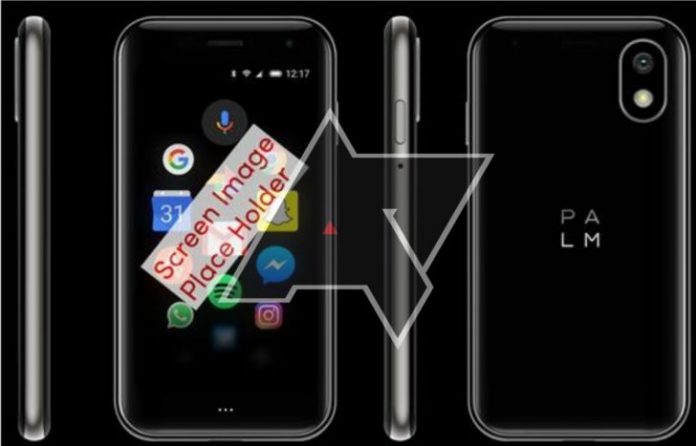 Rumors about Palm’s upcoming comeback smartphone have been increasing in frequency as of late. Just a few days ago we reported that the handset which is codename Pepito is nearing launch, as it was recently spotted making a stop at the FCC.

Now the folks at Android Police have managed to get their hands on a render which allegedly shows the upcoming Pepito smartphone. Needless to say, it looks kinda weird.

Leaks gives us a sneak peek of Pepito

According to the report, Pepito will also ship with a Snapdragon 435 processor, 3GB of RAM and 32GB of storage. Fueling this tiny device is an equally small 800 mAh battery.

Furthermore, the device will run Android 8.1 Oreo out of the box and will be offered in Titanium and Gold color versions. Unfortunately, it won’t have a 3.5mm headphone jack.

Based on these specs, it seems Palm’s first handset in years will be a low-end affair. We can’t say we didn’t see this coming. After all, the Wi-Fi Alliance revealed Peptio won’t support 5GHz Wi-Fi, but rather 2.4GHz. And most high-end devices today come with support for 5GHz Wi-Fi.

Even if Palm’s first comeback handset ends up being a budget device, it doesn’t mean the company, which is under TCL umbrella, won’t follow up with a more premium device in 2019.

When Nokia made a comeback two years ago, it focused on offering middle-range products at first. Only after a while, did it release a proper flagship. So Palm might take a similar route.

So far there’s no word on when the new smartphone will launch. We do know Verizon is going to be one of the distributors and that the product should become available by the end of the year.

We’ll keep you updated on the matter as soon as we learn more.