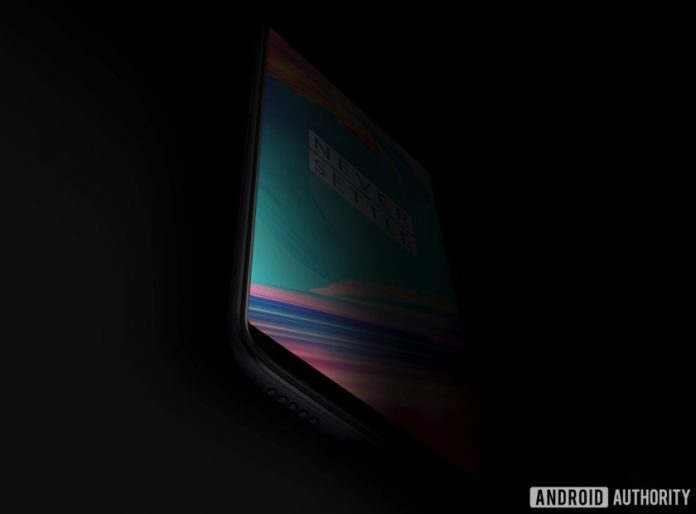 We’ve seen quite a lot of rumors related to alleged OnePlus 5T in the past few weeks. Some of them turned out to be fake – like that event invite – but others appear to be more genuine.

Like this teaser image that was published by Android Authority. The publication received the picture from a trusted source, so there’s a high possibility we’re looking at the real deal. The OnePlus 5T is not fully visible in the shot, but at least we get to take a sneak peek at its outline, bezels, and frame.

As previous rumors revealed, the OnePlus 5T will make the transition to a bezel-less, modern design. The smartphone is said to make a debut with a larger 6-inch display with 2160 x 1080 resolution and 18:9 aspect ratio, but will most likely bring other improvements too – perhaps a larger battery.

Last year, a similar scenario unfolded. The Chinese device maker unveiled the OnePlus 3 in June and then released the OnePlus 3T in November. And this year we might get to see the same thing happen all over again.

However, you should take into consideration that no actual hints have been offered by OnePlus itself. So for the time being, you should take anything related to the OnePlus 5T with a grain of salt.