Good guy Google is at it again. If you’re prone to dropping and breaking your phones, there’s a special deal for you if you’re using Project Fi. We all know that the Nexus 6 is cumbersome, and can be prone to drops and such since the device is so large.

Well, Google has announced that customers of Project Fi, will get a one-time replacement of their Nexus 6. Now there’s a little bit more to that, which is where the “Good Guy” comes in. If you break your Nexus 6, you will only have to pay $100 to get your Nexus 6 replaced. Now, the only catch that can be found, is that it seems that you will only get this coverage if you purchased your Nexus 6 through Project Fi.

This is in line with HTC’s Uh-Oh Program, where you can get a new device if you break or crack your HTC M8 or HTC M9. The difference is that the Uh-Oh protection is free, where Google is charging $100. Regardless of the fee, paying $100 is A LOT better than having to shell out another $500 for a new device. It’s all about paying attention to the dollars and cents.

So if you’re on Project Fi, and ever run into this issue, Google’s got your back. If you do it again, well, get ready to shell out the dough. At least until more devices are supported by Google’s Project Fi.

Have you gotten your Project Fi invite yet? Let us know what you think about Google’s foray into the mobile network spectrum in the comments below. 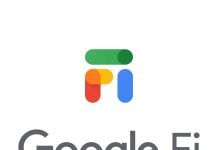 PODCAST: Why you should consider switching to Google Fi