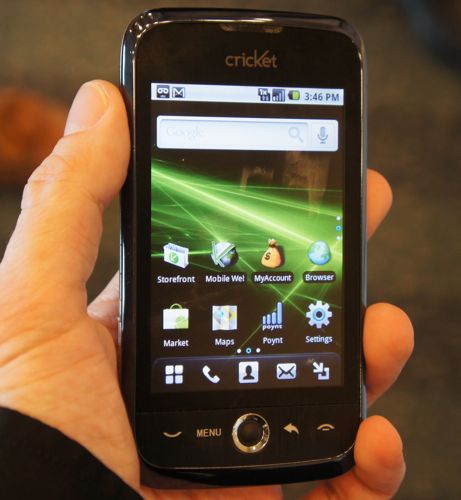 Last fall, we were shocked to hear Samsung say that 2010 would see Android phones going for less than $100 on contract.  Flash forward a year and we’re getting close to seeing sub-$100 phones without contract!   Cricket has just announced their second Android handset, the Huawei Ascend with a very attractive $149 price point.  Due later this month, the Ascend might sound like your two-year old G1 with a touch of today’s Android OS.

The hardware features include a 320X480 display, a 3.5-inch HVGA display, a 528 MHz Qualcomm MSM 7200A processor, and 3 megapixel camera. The Android 2.1 phone is described by PC Magazine as being “cheap” with a “now-out-of-fashion trackball” but that’s likely not going to upset Cricket or Huawei.  The whole point is to get more people on board with Android and Cricket’s $55 all you can eat plan.  So will you bite?