It has been nuts these past two weeks. Verizon kicked off the show by opening up unlimited data to its customers once again. AT&T, T-Mobile, Sprint, and U.S. Cellular all followed suit by either offering new unlimited plans or making improvements to the ones it currently offered. Now AT&T Mobile Virtual Network Operator (MVNO) Cricket is jumping on the bandwagon.

Starting today Cricket’s unlimited plan will only run you $60 a month and that includes your taxes and fees. Unlimited means unlimited with this plan. You get unlimited talk, text, and data as well as calls to Mexico and Canada and texting to 38 countries including Austalia, Brazil, Canada, China, France, Germany, India, Japan, Mexico, Spain, the UK, and a ton more.

$60 is an awesome price for a single line of unlimited everything, but Cricket is offering a pretty great deal on family plans too. If you’re a family of four, your bill will only run $180 a month after discounts. Included in that plans are Group Save discounts like $10 off a second line, $20 off a third line, and $30 off a fourth line. If you add a fifth line you can get a discount of $40 too.

Cricket is also offering four free smartphones to choose from if you bring your number to Cricket. Those include the Samsung Galaxy Amp 2, LG Spree, ZTE Sonata 3, and Alcatel Streak. All of these extremely low-end phones, but hey, free is free. They’ll be perfect for a teen looking for their first phone or a parent or grandparent that doesn’t require much from a phone.

Cricket has the advantage of running on the excellent AT&T network and it’s not stopping with the improvements. Later this year, Cricket says it’ll be rolling out HD Voice and WiFi calling. Not too bad.

Crickets plan is extremely competitive with all of the major carrier’s newly announced plans. If you don’t mind being on an MVNO and want unlimited data, this might be the route for you. We’ve inserted Cricket’s rate plans below for your viewing pleasure. If you’re interested in more info, head over to its website for more. 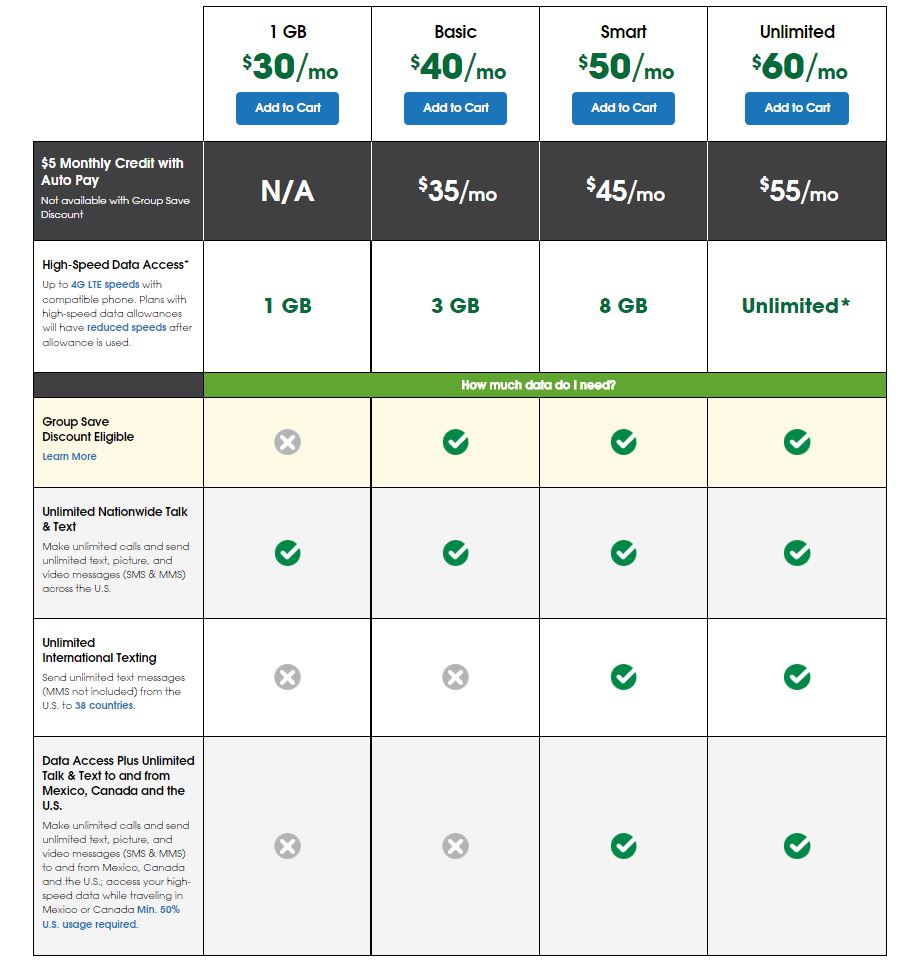