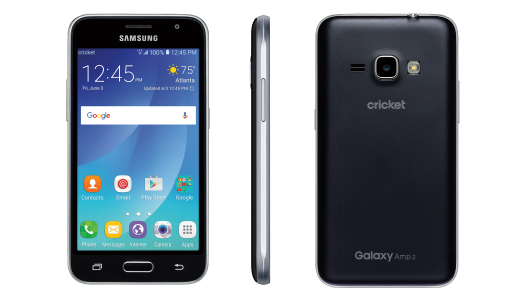 Cricket Wireless, the prepaid carrier that operates on AT&T’s wireless network, just announced a limited-time deal which sees it offering a Samsung smartphone for a dollar.

The Samsung Galaxy Amp 2, which normally retails for $49.99 through Cricket, now comes out to a mere $.99 with activation of a qualified plan. The deal runs from today through July 14, 2016 and requires customers to port their phone number from another carrier.

The Samsung Galaxy Amp 2 is an entry-level smartphone that should to the trick for most casual users. Powered by Android 6.0 Marshmallow, the handset offers up a 4.5-inch display, 8GB internal storage, and a 5-megapixel rear camera.

Other specifications in the smartphone include a 2-megapixel front-facing camera, microSD expansion for up 128GB, and a 2050mAh battery.