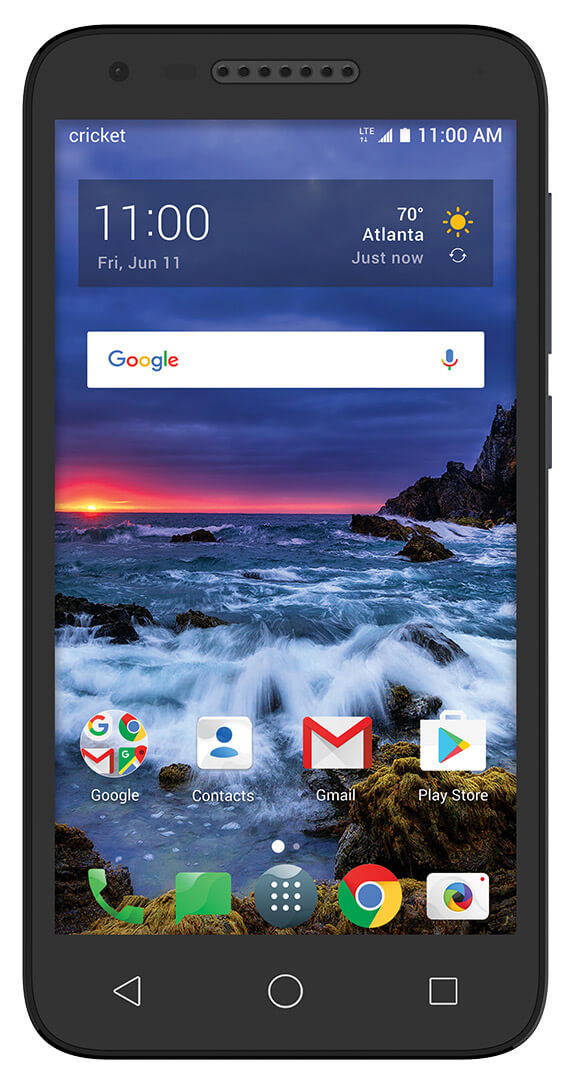 Cricket Wireless, a pre-paid subsidiary of AT&T, recently began offering a low-cost smartphone from Alcatel. Known as the Verso, it’s a $30 device that gives users a bare bones entry point into the world of Android.

Considered somewhat of an upgrade from the Alcatel Ideal Xcite, this entry-level device runs Android 7.0 Nougat and features a 5-inch display. At 854 x 480 pixels this doesn’t even qualify as an HD screen, but we’re willing to bet that the target demographic won’t care much.

In terms of performance, the Alcatel Verso offers up a 1.1GHz quad-core processor with 16GB of internal storage. It’s not clear how much memory the phone has but we’re guessing it’s not more than 2GB. For what it’s worth, the microSD card slot does allow for expansion to hold media, music, and files.

Rounding out the specs, the Verso includes a 5-megapixel rear camera with flash and HD video capture, a 2-megapixel front-facing camera, a 2,050mAh battery, LTE with HD voice and the requisite fare of connectivity.

The Verso is one of a number of Alcatel phones offered from Cricket Wireless. Most of them tend to hover around the lower end of the spectrum with prices often under $50. Currently, customers who port their number from another carrier to Cricket can get the Verso, and other phones, for free after rebates.

Cricket rate plans start as low as $25 per month (no data included) and run as high as $60 per month. Customers looking for high speed data can expect to pay $30/month for 2GB, $40/month for 5GB, and $60/month for unlimited.