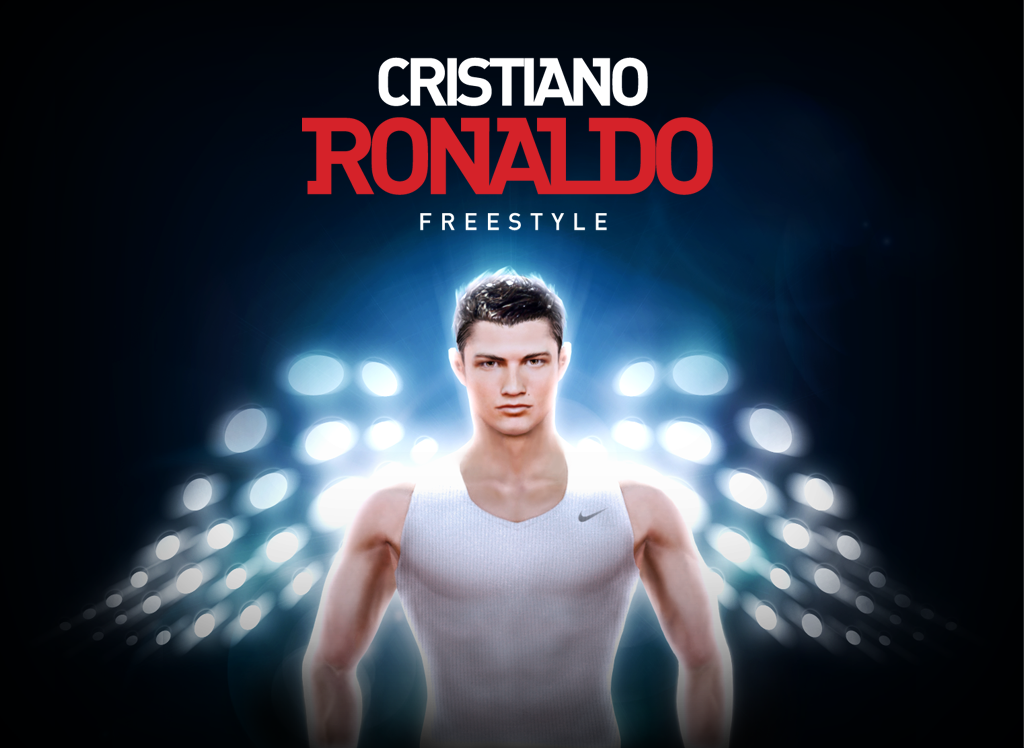 If you’re a soccer fan, this one might be perfect for you. BioDroid, Digital Artists, and renowned soccer player Cristiano Ronaldo have announced an awesome new game that’s coming to Android on December 22nd. It’s Cristiano Ronaldo Freestyle, a soccer game that’s full of tricks for players to discover. The man himself says it best:

Cristiano Ronaldo Freestyle is a great game and a unique opportunity to play alongside me… accompanied by an awesome soundtrack. People all over the world can enjoy this fun game anywhere and everywhere. No matter where they go, I’ll be freestyling with them! 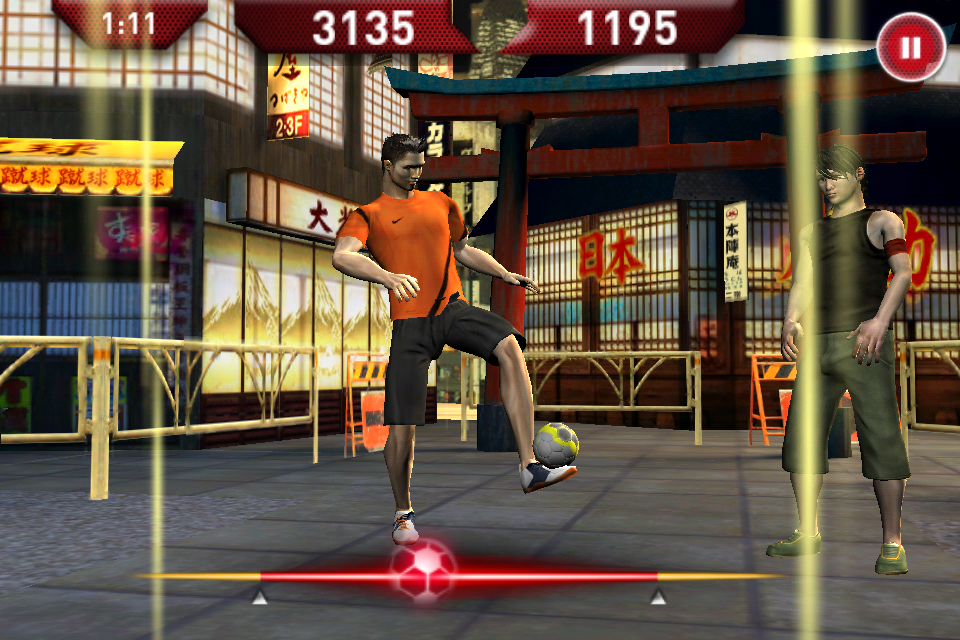 There are five gameplay modes, so everyone is entertained. You can play against international players, so there’s never a dull moment. The game looks very fast-paced, and should be a great addition for many sports fans. 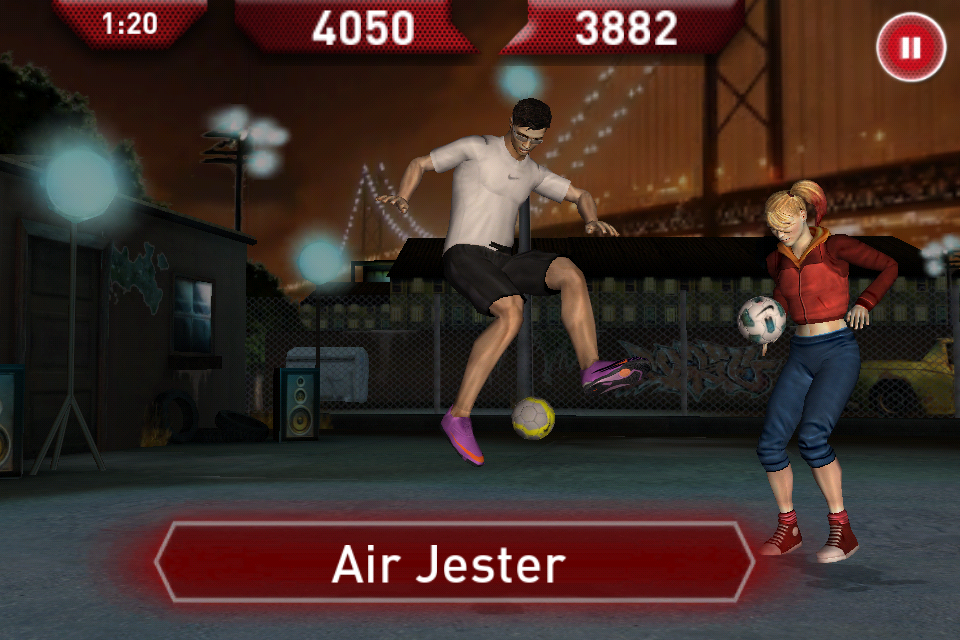 Upon launch, the app will cost $2.99, which is a low price considering the hours of entertainment you’re getting from the app. Stay tuned to AndroidGuys for more news and a review of this killer new game! You can check out the press release after the break.

So, any soccer fans out there? How pumped are you for this game? Be sure to leave a comment below!

Freestyle soccer is an amazing combination of acrobatic and athletic moves performed with a soccer ball. Incredible ball control plus creativity and imagination delivers a unique display of soccer tricks and live entertainment. Ronaldo has become known the world over for his ability to combine a whole repertoire of freestyle moves into his match-day play, and in the game players get the chance to pull off outrageous tricks and combos as Ronaldo challenges freestyle players around the world, from England to Japan.

The game combines rhythm action and touchscreen controls to allow players to pull off loads of different tricks, taken from real-life freestyle soccer moves. Trap and freeze the ball with a flick of both thumbs, then tilt the screen to balance the ball before flicking into another cool trick as you try to string enough moves together to become the king of freestyle soccer!

“Cristiano Ronaldo Freestyle is a great game and a unique opportunity to play alongside me… accompanied by an awesome soundtrack. People all over the world can enjoy this fun game anywhere and everywhere. No matter where they go, I’ll be freestyling with them!” says Cristiano Ronaldo.

“We are very proud of this game: the 3D Graphics are awesome, the motion capture looks great, the music is very cool, and finally the passion, team spirit and Cristiano Ronaldo’s involvement were crucial to make this game a fun and exciting entertainment experience. I believe people will love it as much as CR does.” – Diogo Horta e Costa, MD at Biodroid

•     Choose from 5 gameplay modes including:

◦ Hype Endurance: Perform hype tricks whilst juggling the ball to get the crowd’s attention as quickly as possible

◦ Time Attack: Get as many points as possible in the duration of the whole song

◦ Freestyle Battle: Compete against an opponent for the camera’s attention

◦ Don’t Drop the Ball: How long can you last without dropping the ball?

◦ Freestyle Showdown: 15 seconds competition to prove that your better than your opponent

•     Shuffle Mode launches a level at random. Want a different level? Just reshuffle again to find one you like

•     Play soccer samba-style: make Cristiano Ronaldo move and dance to the beat while controlling the ball

•     25 challenges in 6 unique world locations. Battle opponents with their own personality and style from England, France, USA, Japan, Spain and Portugal

Cristiano Ronaldo is the world’s #1 athlete, with over 36 million followers on Facebook. After a world record transfer fee, and presentation attendance, on May 2011, Ronaldo became the highest goalscorer in a season in the history of his team, Real Madrid with 51 goals, winning the european golden boot for the second year. With only 26 years old, and after playing for Sporting CP, Manchester United and Real Madrid, Cristiano Ronaldo also won the Ballon d’Or in 2008 amongst several others individual and team prizes

Biodroid is a Digital Content and Game Developer based in Lisbon, Portugal, that adds value by creating and producing fresh and innovative products based on Global Brands and Global IP´s. Biodroid is currently developing Games, Applications and Digital Content for two major worldwide markets: the Consumer Market (B2C) and the Corporate Market (B2B).Biodroid is Licensed to develop for: Xbox 360, Playstation3, Nintendo, iOS Plataforms (Apple), Android Platform (Google), Blackberry platform (RIM), Web/PC and Social Media Platforms, with the support of an R&D Team with mathematical modeling and algorithm capabilities.Titles like Billabong Surf Trip (for iphone, ipad and ipod) nominee for the IMGA awards in 2010 in best sports games category, Miffy´s World (for Nintendo DS and Wii Ware), Cityon (for Web Browsing) and Rural Value (for Facebook), are some examples of our continuous growing Portfolio.

In 2011 Biodroid was distinguished with “The most Innovative Company” award from “Venture Capital IT”.

See more about us at www.biodroid-entertainment.com