Cupcake Alert! G1 Users to Get Firmware Update in April 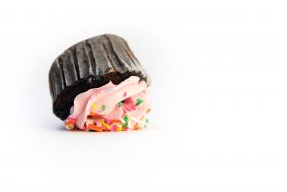 “We will be offering G1 users the firmware update sometime in April.”

The folks over at Pocket-Lint are reporting that the lusted after firmware update is right around the corner.Â  If you’re new to Android or have been missing the boat altogether, “cupcake” is the development branch of Android that will see new features like on-screen keyboard, stereo Bluetooth, and video recording.

It could be timed with the release of the HTC Magic, which is now slated for April as well.Â  One thing is for sure – G1 owners will not be happy if Magic owners are able to record video and save MMS attachments while they are left hanging.Â  Let’s hope the update does happen… and soon.

If you're a fan of puzzles and time wasters, you've probably spent time with a Rubik's Cube...
Read more
News and Rumors

Xiaomi sub-brand POCO is back with another pair of powerful budget-minded phones that squeeze in higher end features with the F4 and X4 GT.
Read more