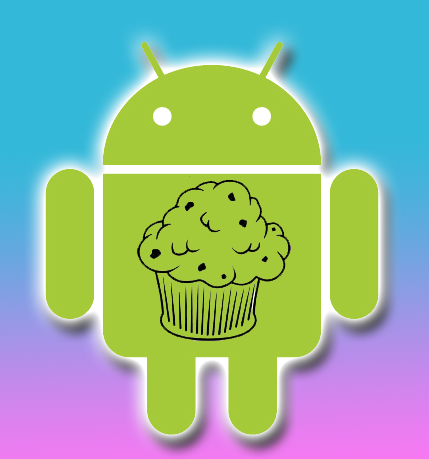 This is the type of Android enhancements we’re talking about!Â  A major update is coming in the first quarter of 2009 to Android and it’s not all bugs and security fixes.Â  Code named “cupcake”, we’re looking at some much needed/wanted stuff like stereo bluetooth, video recording, and on-screen keyboards.

Not confined to just the G1, these updates are coming in the form of a “development branch” and not a “release”.Â  At some point, possible January, it will be merged into the “master branch” so we’re hoping to see a nice little update notification sometime in the coming weeks.

While some of these changes are obvious to users, others will be less apparent.Â  There’s still going to be the requisite bug fixes that people don’t detect.Â  And in the middle are changes like having your music player fade in after hanging up a call, rather than going full-on and tactile feedback with the security password. Oh, and the phone’s screen won’t time out so quickly during calls!

The web browser will see nice changes with the newest core of Webkit, support for new Javascript features, and copy/paste.Â  We’re also excited to see the ability to save attachments from MMS as well as the soft-keyboard feature.Â  Pounding out one-handed texts and emails are getting closer!

There’s still one big thing we’d really like to see, especially when more quality apps hit the market… Install apps and run them from the SD card.Â  Some of us might take that one enhancement over all the others if we were given the choice.

What features are you most excited about with Cupcake?Â  What’s still missing from your list, anything?

Microsoft just launched the sequel to its original Surface Duo with more cameras, NFC, and a way to view notifications without opening the device for $1500.
Read more
News and Rumors

Beginning in December, Google will start automatically revoking permissions from apps that haven't been used for months on phones running Android 6.0 and above.
Read more
News and Rumors

If there's one constant in the world of smartphones, it's that there's always something bigger and better...
Read more