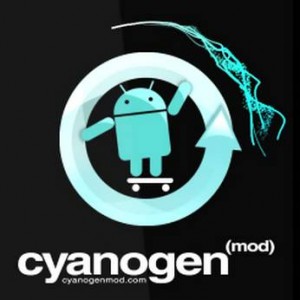 Cvpcs, developer of the GEM ROM, works on a ton of devices: Droid, Droid 2, Droid X, HTC EVO 4G and Droid Incredible. That’s an awful lot for a lone developer, he’s found it’s easier and much less daunting to break up programming chores. Joining up with the CyanogenMod team will allow him an opportunity to contribute his excellent work into CyanogenMod.

Cvpcs recently wrote a letter to his fellow modders and fans that explains why he decided to make the change:

“… First of all, I wanted to address my reasoning for moving to CM. It was a hard decision and as much as I know people think it came out of the blue, I was honestly thinking about it for about a month now. At present I was developing for five devices (Droid1, DroidX, Droid2, Incredible, and Evo), one of which I didn’t even have. Most developers will tell you that they don’t like to maintain more than two devices, as it becomes quite a chore. It was becoming so much work that I wasn’t even getting time to visit with my friends and family anymore, as every moment I took off from developing meant that everything ground to a halt. The problem being that after almost a year at the helm of GEM, I was still (for all intents and purposes) a solitary developer. This put an immense amount of stress on me to make things work in a timely manner, as well as to add new features. Every day I would go to the bug tracker, and for every bug/feature I fixed or implemented five more would pop up in its place. It was becoming so daunting that I didn’t even look forward to doing it anymore, and that was when the red flag shot up. …

“After thinking long and hard about it I decided that I wanted to join the CM team so that I could not only add my skills to the mix to further improve their OS, but as part of their team I no longer would be under the immense amount of stress that I was under with GEM, and will have comrades to assist me if I need it. The whole prospect is very exciting for me and I hope that people will continue to like the work that I do. …”

Head on over to Droid Life to read the rest of the letter.

We can’t wait to see what comes out of CyanogenMod with this valuable player now in the ranks, and we’ll keep you posted with any new information we hear.