Apps included in the package include: 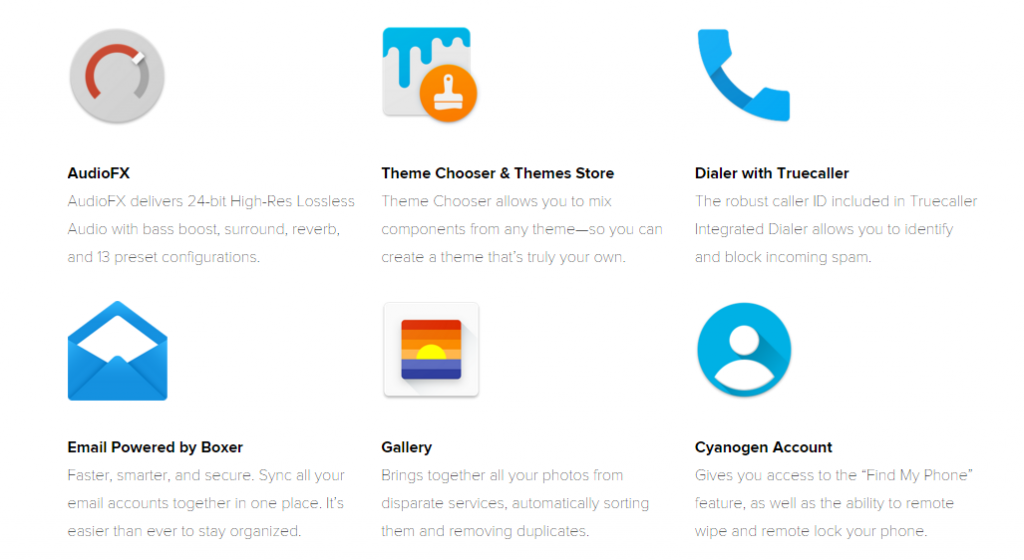 The latter two could be a reason for conflict for some people, but the fact that all of these apps are being made available at all is pretty impressive. Conspicuously missing from this list is Nextbit’s Baton, but you should be able to download the app from the Play Store and sign in with your Cyanogen account (which is now available on your phone/tablet) to be able to take advantage of all of its awesome cloudiness.

In case you aren’t familiar (you probably aren’t), Baton is an app that is produced by the same people who are building the Nextbit Robin. Baton looks at all of the apps that you have on your phone and backs up as much appdata as it can to the cloud. Surprisingly a lot of apps can be used with Baton and it’s sort of surprising that it doesn’t need root to do its job. Having it on just one phone isn’t very helpful, but I can speak from experience that Baton makes setting up a new phone much easier because for the apps that you’ve used in the past, your information is already there.

Also missing is the Cyanogen NextCamera. This is also available from external sources, but it is unclear whether they have any intent to distribute the app. That said, there are plenty of camera options available in the Play Store, so it’s not as though you’re left high and dry.

It’s worth noting that these apps are designed for CM12.1 devices (Android 5.1.1) and flashing to older versions of CyanogenMod may make things behave strangely. For the sake of experimentation, I tried flashing the package to a device I have running CM11 (Android 4.4.2) and it didn’t work at all.

In any case, having these “C-Apps” available as an option is certainly a good thing, especially as some Cyanogen OS phones may be reaching their EOL date. It’s good to know that they will at least be partially supported by the power of the community!