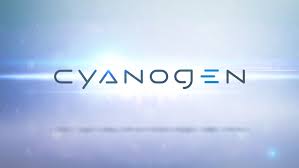 We have been hearing for some time now that Cyanogen was working on an Android replacement without accessing Google Services. Now, the Cyanogen team has published a video on YouTube showing off their unique boot animation that will come along with the new Cyanogen OS update.

The new boot animation animation is a far cry from the flashy one at present as Cyanogen seems to have taken a cleaner and simpler approach this time. Previously it was leaked that the team at Cyanogen was preparing a new email client for Cyanogen OS 12.

Cyanogen is expected to throw away some more teasers with the impending OS 12 upgrade just weeks away. Within weeks, we will see the OnePlus One and the Micromax Yureka receiving Cyanogen OS 12 upgrade.

Rumour mills had earlier suggested that Microsoft was set to become a minor investor in Cyanogen in the latest rounds of funding but later the whole story was debunked. Parallelly Cyanogen’s CEO had said: “We want to take Android from Google.” The statement did not mean that Cyanogen was developing a Microsoft centric OS, clarified Cyanogen adding that it only wanted to allow companies to be able to use Android without having to adhere to Google’s tricky usage licenses and agreements.