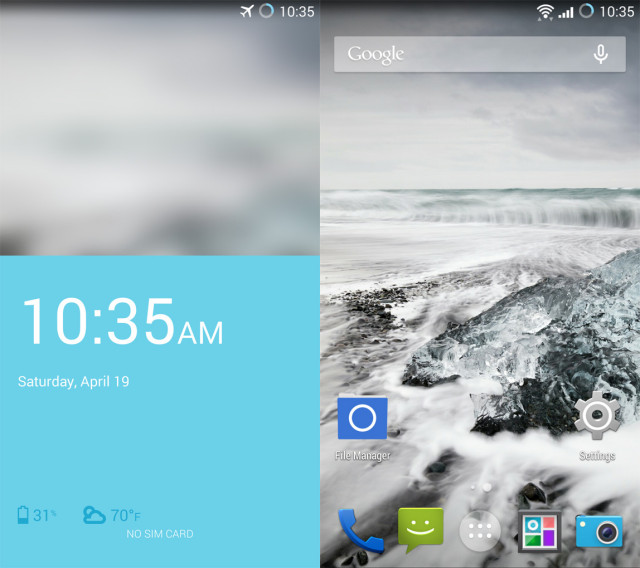 Carl Pei of OnePlus took to the official OnePlus forums to put a bit of clarity around all the OnePlus rumors that have been making the rounds around the Internet recently, and by doing so revealed some images of the device UI.

There has been a lot of speculation and excitement about the operating system of the OnePlus One. As you know, we’ve been working with the Cyanogen team on this product for quite some time, starting from when OnePlus was just an idea. Both teams have been deeply involved in both the software and the hardware parts of the experience, and it’s been an amazing ride so far.

Although we’re still running pre-production versions of CyanogenMod 11S, I’d still like to share with you some of the things that the Cyanogen team has been working on.

The new stuff is pretty cool, so here’s a taste of what’s to come.

If you don’t like the new default UI of CyanogenMod 11S, then you can always just select the previous theme in the settings menu to return to the standard CyanogenMod look and feel we’re all used to.

OnePlus One | FindTheBest
Note: Select outbound links may include affiliate tracking codes and AndroidGuys may receive compensation for purchases. Read our policy. As an Amazon Associate we earn from qualifying purchases.