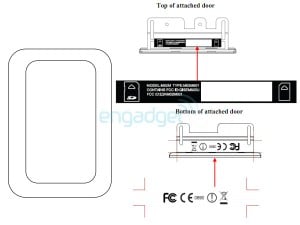 Dell’s 7-inch Android tablet, the Streak 7, appears to be headed to T-Mobile once it’s finally unveiled. A recent FCC filing shows the device listed with a M02M model number with support for a 3G modem that works for both AT&T and T-Mobile bands. Other details include support for WiFi (802.11n), Bluetooth and an SD card slot. It’s not known whether this will carry the Streak name or if perhaps it will go by the Looking Glass title we’ve previously heard associated with the 7-inch tablet.

Recently, CellPhone Signal came across photos of the device showing it with T-Mobile branding. We can’t imagine it ending up as an exclusive device to the carrier, but we know AT&T doesn’t appear to be in any hurry when it comes to Android. The images do show both front and back cameras although we don’t know what resolution either will offer.

Rumor has it the 7-inch tablet will run a Tegra 2 processor when it’s announced, likely at next week’s CES. As to what version of Android is under the hood is anyone’s guess. Assuming Android 2.2 is what Dell loads, it’s still an uphill battle to fight when others are expecting to unveil Honeycomb tablets.