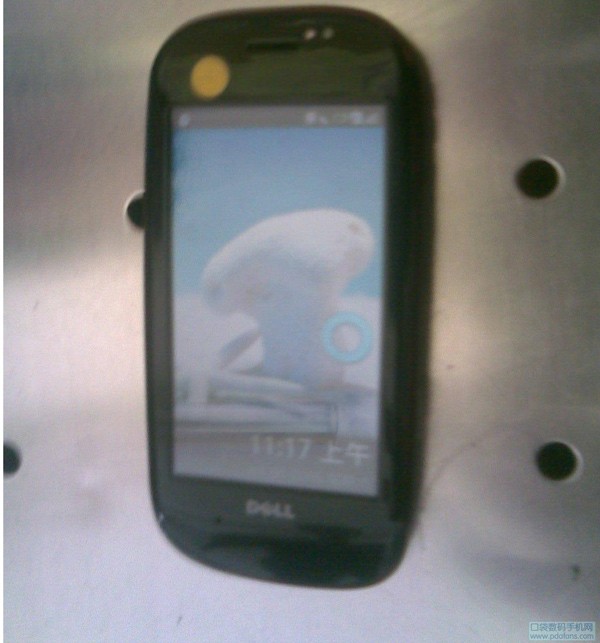 Well, well, well.Â  What do we have here?Â  Supposedly, this is the first picture of Dell’s Android handset.Â  After nearly a year and a half of rumors, this could be the first sign of something tangible from the PC giant.Â  Exciting yes?Â  Proceed with caution.

For starters, it looks to be running the Chinese version of Android found on the OPhone. Literally.Â  Look at the bottom of the screen and you’ll see characters Chinese characters.

Secondly, it doesn’t have any buttons on the front side.Â  As we’ve heard before, Android phones are supposed to have the Menu, Back, Home, Send, and End buttons.

The orange circle looks to us like it might be a sticker.Â  Perhaps they have different models or prototypes in their labs and the sticker is a way of knowing what’s on the inside.

We’re not going to be the first to point out the similarity to the Palm Pre or a buttonless MyTouch 3G with its nice shiny black finish.Â  And of course, you can’t forget that fruit either.Â  Remember kids, all slab touch phones must be compared to the iPhone.