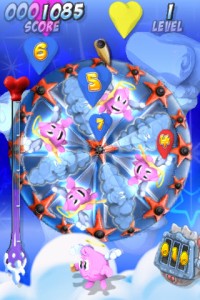 We’ve received a couple of emails over the last week from a gaming studio called HyperDevbox who has alerted us to two games of theirs. Both of them, LoveCatch and the brand new ExZeus were written to take advantage of OpenGL and 3D gaming capabilities.Â  As you may already know, Android, in general, hasn’t been lavished with recognition for its games.Â  If companies like HyperDevbox are doing this with today’s Android phones, we can’t wait to see what the future holds.Â  These look just as good as anything else we’ve seen on a mobile device.

I asked them to give me an idea as to what they might charge for a game like ExZeus.Â  Their responses was that it should be around 350YEN for ExZeus arcade ($3.80 US).Â  As of today, that’s the same price that LoveCatch goes for.Â  They plan to publish it to not only the Android Market, but also the new SHOP4APPS from Motorola.Â  In fact, they’d like to have it listed in every market where the games could be delivered in a “secure” manner.

Both games will depend on the microSD card for app storage as it gets downloaded directly from their local server.Â  For instance, LoveCatch installs 22MB to your memory card.Â  HyperDevBox states that this should free up the local memory quite a bit, not exceeding 2MB worth of space!

Take a look at the videos for both games below!Â  Still pictures do not do either of these justice.