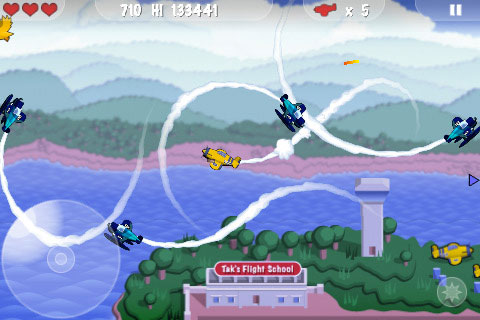 Like many of you, I am a huge fan of  Mini-Squadron on Android.  Hands down it is probably the best 2D shooter on Android. It is extremely fun and very addictive.  It is really nice to see more and more good games coming to Android. It makes me extremely happy.  Luckily, Android Guys managed to grab some time with Mini-Squadron’s developer recently to find out more about the man behind application. It was a great experience to meet the person behind one of my favorite apps. Read on folks!

What was your inspiration for Mini-Squadron?

“I wish I could take credit for for coming up with MiniSquadron, but that should go to the guys at Supermono who made the original version. I’ve known those guys a long time though, and I know the old Commodore Amiga games Biplane Duel (BIP), and Jetstrike, were certainly inspirations. Also, Pokemon somewhat inspired the “gotta catch ’em all” aspect of unlocking and collecting a large number of planes.”

Why Android? Why did the company expand to this platform?

“As independent developers there are a lot of reasons to prefer an open platform like Android. Apple are regarded as a little controlling, and its nice to have a little more freedom. On the other hand Apple has historically had a much larger user base, and we need to sell games to pay our mortgages! In the past 9 months or so, it looks like Android has really started to take off and we feel it has become a viable platform for us. Business considerations aside though, we wanted to make sure we could say we made a great game, and not just a great iphone game.”

What is the process you go through when developing? Why did you develop this app?

“I’ve been working as game developer quite a long time now, and making video games since I was a kid, so I’m always thinking of ideas for new games – the trick is finding the right one, and iterating on that until you have something you can call a full game. Its very easy to end up with lots of half finished ideas. For me, and MiniSquadron, it was maybe a little less exciting – I had started doing some android development, and Tak Fung (who owns Supermono) was looking to expand into that market. I’ve known Tak for a while  –  we worked together on Fable at Lionhead several years ago – and he asked me I’d be interested in helping him out with porting MiniSquadron. I loved the game, so couldn’t refuse!”

What is the future of Gaming on Android do you think? Do you have any plans for multi-player? Any other apps in the pipeline?

“Gaming on Android is only going to get bigger. With the arrival of some big name games and with the launch of OpenFeint, its clear people are really starting to take it seriously.

Expanding multiplayer in MiniSquadron is a definite possibility. The game was really intended as a single player game, with multiplayer as a bonus, but in a future version we hope to develop it further and integrate it more with the main game. As for future apps… We’re working on a few ideas right now that will hopefully see the light of day within the next few months. I also know that Supermono are keen for us to bring some of their other apps to Android (MiniSquadron: Special Edition, and Fox Vs Duck were discussed), but we need to determine if there’s enough interest first.”

How do you code for different phones? What is your process?

“Ideally, android should run the same on all phones (ha!), but in reality that’s not the case, and there are several considerations we have to be aware of. There are varying input methods, physical buttons, trackballs etc. and also varying support for multitouch (which was one of our biggest headaches, since the original iphone controls assumed full multitouch support). We also have to consider that not everyone has a Nexus One class (or better) phone, so we had to do quite a bit of work supporting slower processors, and less powerful graphics chips. Our main development phones were a Nexus One, Motorola Droid, and a MyTouch 3G. We’d love to own and fully test on every single phone, but for a small developer that gets pretty expensive.(though if you’re reading HTC/Samsung/Motorola, you could always send us some freebies!)

Google’s emulator allows us to test a lot more configurations, but out in the wild there are many more permutations. It’s great that android is so customizable, but it makes its tricky when you’re trying to track down bugs!”
Why should we buy the app?

“Because its awesome? ;) We humbly think it’s the best 2D shooter on android right now, so if you like shooting, or planes, or both, then get it.”

What phone do you use right now?

“A Nexus One – which I’m mainly pretty happy with, though I wish the touch screen was better.”

What is your most favorite Android application?

“I’m playing Angry birds right now, which is a lot of fun. YouTube might be a boring choice, but to me its a life saver, because I can keep my kids entertained for hours with sesame street videos!”

Have you faced any issues while developing? What do you think of the tools Google provides to develop?

“There were certainly a lot of technical hurdles we had to overcome bringing MiniSquadron to Android. Google’s tools and libraries do seem a little like a work-in-progress (at least on the native code side, which is what a lot of games will need to use). Its also not very user friendly, so I can see why a lot of potential developers, used to Apple’s more polished setup, are initially put off when looking at Android. I’d love to see more of a focus on supporting game developers when they develop their libraries, because to be honest, its potentially a huge market for them, and right now they’re not making it easy!”

Where do you think Android is going? and Can it be stopped?

“I think Android is heading in some pretty exciting directions (With Google TV etc.). And I’m really looking forward to what Gingerbread will bring. In my opinion it’s pretty much unstoppable at this point, but I do worry that the fragmentation issues could make it a confusing platform for consumers, and a painful one for developers!”

It’s probably the best game in the market in my opinion. Check it out on your handset or scan the QR code below. Thanks for the interview Daniel! 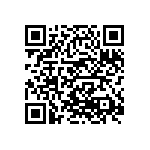 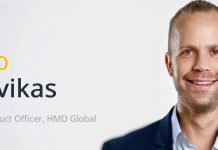