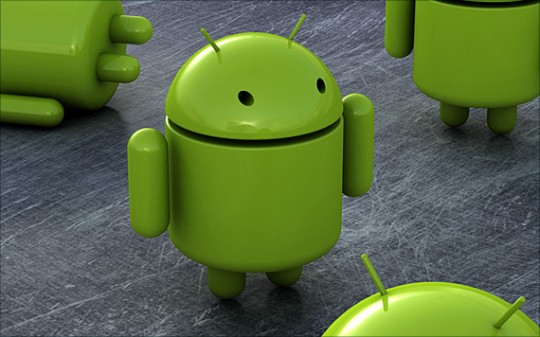 The Android community is growing and becoming quite impressive.  A very large, and huge part of that community are Android’s army of developers.  It is because of this and the role that they play, that we will be featuring developers as often as we can in our very own Developer’s Spotlight. For the very first Developer’s Spotlight, we would like to welcome Android developer David Shellabarger, mastermind behind the very clever application Smart Lock 2.0.

For those who don’t know, Smart Lock is a security app for Android. Smart Lock allows you to use any one app on your phone securely. You can use one app without interacting with the lock screen but when you try to go to another app you will have to enter an unlock pattern. Smart Lock is designed for people that want to user their phone securely but find the lock screen annoying and for parents that let their children play with their phones.  Smart Lock has a Child Lock mode specifically designed to “child lock” any app or game on your phone. This is the closest thing to Parental Controls that is currently available on Android phones. For a more in depth look at how Smart Lock works, click here and watch the video.

And now, the questions!

1. What was your inspiration for Smart Lock 2.0?

Somewhat unfortunately, my inspiration for Smart Lock was the bad experience I had with my Android phone at the gym. I had just gotten a brand new myTouch 3G and was listening to music using Pandora while running on a treadmill. I was still training Pandora to my tastes and was skipping a lot of songs. I like to use the lock screen on my phone especially while I’m at the gym to keep my phone secure.The problem was that I had to enter in the unlock pattern every time I wanted to skip or rate a song. I found it incredibly hard to enter the unlock screen while running on the treadmill but I wasn’t interested in turning off all security on my phone at a busy gym. I created Smart Lock to address this problem. With Smart Lock you can access any one app while maintaining a high level of security.

I’ve always loved Google and open source, but what really got me started on Android was the Android Development Contest (ADC). I started developing my first app before there was even a phone that ran Android and before the iPhone supported native apps. I submitted a half dozen apps to the first ADC that allowed you to keep track of disc golf scores. Disc golf is like normal golf except with Frisbees, for those who don’t play. I didn’t win anything in the first ADC and my disc golf app still wasn’t finished when time came for the ADC2. I wanted to write a smaller app for the ADC2 and that’s when I came up with the idea for Smart Lock. Smart Lock scored in the top 25% of all apps submitted in the ADC2.

3. What is the process you go through when developing?

When developing, I start with an idea and then sketch out the UI and flow of the app on paper. Then I usually do a small proof of concept before writing the full app. I like to develop on an actual phone much more than the emulator but I use the emulator to test different screen resolutions and sizes. For Smart Lock the UI flow is way more complicated than it should be, but I have to jump through some hoops to access the built in lock screen. That makes the UI more complicated than I’d like it to be, but it works. I developed Smart Lock because it makes my life better.

4. How do you code for different phones?

Coding for different phones can be tricky. I’ve had more than one bug that only affected SenseUI phones. I borrow phones from friends fairly often and occasionally install different roms on my phone to test out my apps in different environments.

The emulator helps out tremendously, for dealing with different screen sizes. I also have two phones, the myTouch 3G and the Nexus One that I test all of my apps on before release.Fortunately, Android doesn’t make it too hard to scale your app across different screen densities and sizes. In my opinion the XML layout editor is one of the places Android needs the most improvement, but it is flexible enough to make scaling layouts.

5. What is the future of Smart Lock on Android? Smart Lock 3.0? Any other apps in the pipeline?

I just released a free lite version of Smart Lock that includes the Classic and No Lock modes of Smart Lock. The Approved Launcher, Child Lock and the Smart Lock widget are exclusive to the full version of Smart Lock.Currently, Smart Lock 2.0 only supports the unlock pattern lock type. In the future, Smart Lock will also support the PIN and password lock screens in Froyo.  I’ve just started work on Smart Lock Enterprise. It will target businesses and will not be in the Android Market. Smart Lock Enterprise will feature a customized version of the Approved Launcher for business that want to use Android on inventory and field devices to lock the devices down to just one or two apps specifically for their employees or customers. I also have another app in the Market called Bluetooth Volume. It simply adjusts the media/music volume when connecting to Bluetooth.  My Disc Golf App is still in the works and will be released before too long.

6. Do you plan on supporting tablets? How?
Yes, Smart Lock should be flexible enough to support tablets without modification.  I look forward to testing!

7. Have you faced any issues while developing? What do you think of the tools Google provides to develop?

Unfortunately, the Android Market is terrible for users and developers: downloads still get stuck, it needs major work!

8. What phone do you currently use?

9. Are you excited about the future of Android?

Nothing excites me more. The future definitely has infinite possibilities for this mobile OS.

10. Anything else you would like to add to Smart Lock 2.0 users and the Android community in general?

Thank you for buying my app, we have a lot more in store!  Also,  thank you for giving me the opportunity to be on the podcast and to do this interview.  Follow me at www.twitter.com/godsmoon or email me at [email protected]!  You can also find us at www.nightshadelabs.com 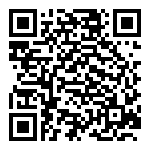 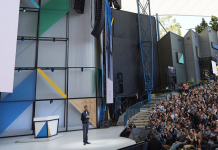