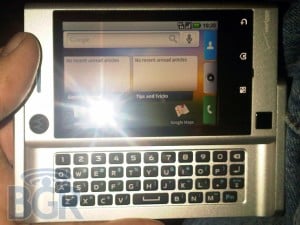 It’s hard to believe, but back in August it actually came as a surprise to us when we heard Samsung claim there would be Android handsets under $100 in 2010. Â With most phones hovering around the $180-$200 price point, it seemed like a stretch to imagine new phones coming out at lower cost.

One of AndroidAndMe’s sources passed along some information regarding Motorola’s yet-to-announced Devour (Calgary) handset. Â It seems that the processor chosen for this model might help drive costs down on the handset. Â As it turns out, the Qualcomm MSM7627 600MHz chip is the same one being used in the Palm Pixi. Â That device goes for $99 on a two-year contract. Â Factor in a 3 megapixel camera, a 3.1-inch screen, and presumably a lower end memory card, and we could be looking at $100 Android phones.

Other specs rumored for the Devour are 512 MB ROM, 256 MB RAM, an optical trackpad, and 3.5mm headphone jack, powered by MOTOBLUR on top of Android 1.6.

Granted, we already have some phones dancing at or below the $100 price, but that’s generally after someone takes a rebate off the top. Â Could we see a phone like the Devour going for $50 or free at places like Walmart?