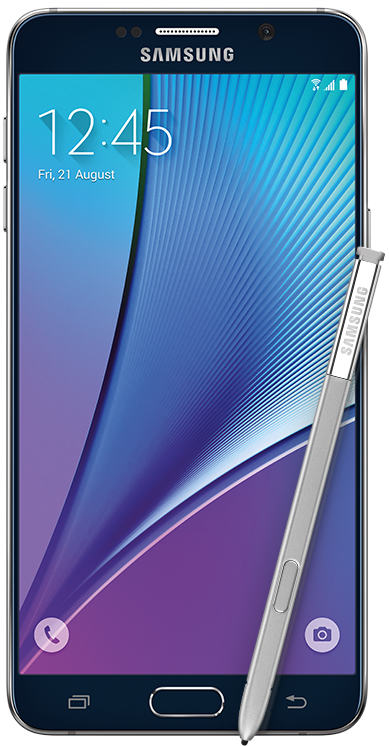 For the record my primary device is fully paid for with my own hard earned money and it is a Samsung Galaxy Note Edge, and my back up device is a Samsung Galaxy Note 4. I love the Note line so much so that I bought my mother a Note 4 to replace her iPhone 5. I have never received a Samsung product for free for review, so please don’t think I am here to kiss up to Samsung just to get a free device. I’m just like you, a normal person with a normal job(AG is my hobby), and I love the Galaxy Note line. And with my most recent posts about Samsung, I doubt I will ever be sent a device to review, but that’s okay because I prefer to be honest than be bought with a free device.

J.K. Shin, (President of Samsung) claimed they “listen to us, the consumer.” Then he went on to talk about the Note line and how they offered us a unique product first, and how its success has created its own category in the smartphone market. He continued on to say how customers love the edge or curve on their Galaxy S6, and how batteries charge faster and last longer. In summary J.K. Shin, claimed they have been listening to “us” and have delivered what we have been asking for.

I really don’t know which of you actual Note fans, not Note reviewers, have been asking to do away with the ability to change the battery, removal of the SD card slot, IR blaster, O2 sensor, UV sensor, and heart rate monitor, but I would love for you to speak up in the comments section. Because Samsung claims they have been listening to you. But it certainly was not me who was asking for that, in exchange to fit my skinny jeans while looking great with a dual sided glass phone.

The VP who followed Shin to introduce the Note 5, carried on with Shin’s sentiment saying the large phones are too big for people with “skinny jeans”. My reaction to this was “WHAT!?!”, and then my next thought was “WHAT!?!” He went on to say how the metal is stronger on the Note 5, and how the device is now smaller and easier to use with the same sized screen with a curved back. Personally I don’t think there is anything wrong with making the device more manageable in hand, but not at the expense of all of those other features we love.

In my opinion, I believe Samsung has catered to the naysayers while alienating the most loyal and dedicated fanbase. Then they claimed to listen to us by taking away our most beloved features in exchange for better materials and design. In essence they call us Note users shallow, because we care more about how the phone looks vs. the features it should come with, which simply BLOWS MY MIND.

The Galaxy Note line is the most expensive consumer smartphone, so they are taking a huge risk by dropping the fans that powered the Note into its own category, while going for people who care more about build materials than function.

Samsung, if you can improve sales by alienating us, congrats to you. But if your sale’s numbers hurt, build the phone we want (check this post for what us Note fans are saying) and we will come back. But you only get one year to fix the mistake, otherwise I’m taking my Note 4 and Note Edge business elsewhere. LG, if you’re reading this, you have a chance to steal us Note fans with the G4 Pro as that seems to be a consensus device amongst the commenters. Just make sure the screen is top notch as us Note fans don’t like LCD displays much.

Watch the Unpacked event for yourself. Warning though, there are about 35 minutes of music and animations at the start of the video.

Also, as pointed out by KruHawk in the comments section, just one year ago Samsung was making fun of Apple for being wall huggers and they actually show a person swapping his battery for a freshly charged one. Incredible how just one year can bring about a 360 degree turn in Samsung.