It seems the Chinese have had enough of noodles and spring rolls and have taken to eating KFC instead. It could be the reason why Huawei and KFC have partnered to create….a KFC phone.

Just kidding, the official reason is actually that Huawei and KFC both want to celebrate 30 years of existence in China.

The device, which is listed as a variant of the Huawei Y7, has been available in the country ever since last week. Puzzlingly this bright red KFC phone dubbed the Huawei 7 Plus doesn’t seem to have much in common with the Y7, both in terms of design and specs which are a bit more advanced. 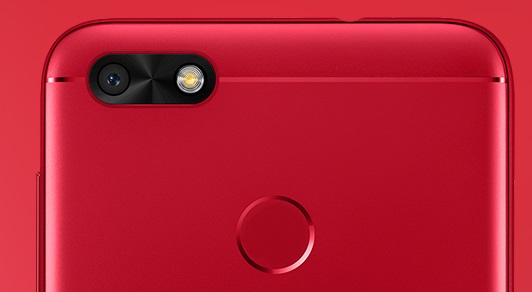 Anyway, the KFC handset comes with a 5-inch display with 1280 x 720 resolution, a Snapdragon 425 SoC, 3GB of RAM, 32GB of internal storage and a 3,020 mAh battery. There’s also a 13-megapixel camera on the back, as well as a fingerprint scanner located below it.

The product comes bundled with a KFC app which includes an exclusive feature in China called K-music that gives users access to a playlist of curate music when inside a KFC restaurant. The feature will be exclusive to Huawei users until the end of the month, after which all mobile users will be given access to it. 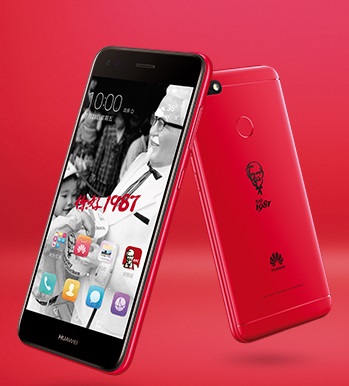 The handset – which is limited to 5,000 units – can be bought for approximately $161 from the KFC app or the flagship Tmall store.