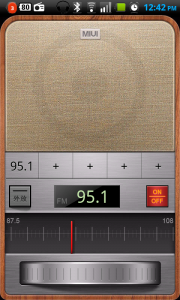 Just a quick note for you fellow Cyanogen followers, and to those who may not be aware. The latest Nightly Builds of the CyanogenMod rom for the HTC EVO 4G are going through some very exciting changes!

For those unfamiliar, CyanogenMod ROMs (aka CM6) utilize the original Android configuration known as AOSP. These ROMS do not/will not ever include HTC Sense in any form. It’s for the users who desire more of a raw and uncut experience that hasn’t been altered by third party companies. It may not be for everyone, but the hardcore Android modding communities are typically die-hard CyanogenMod fans. This is mainly due to the ability to customize, tinker & experiment with all sorts of functions that you cannot get into when using a “Sense” configuration. Now let’s get back to the subject at hand.

The latest set of Nightly Builds for CM6 have taken on a new version of Android. We are talking about Version 2.2.1 which is built from the Nexus One update known as FRG83. This is a completely new framework & may not be compatible with certain things that might have worked fine on the older version. Most notably would be themes. Despite this issue, it’s still quite exciting. 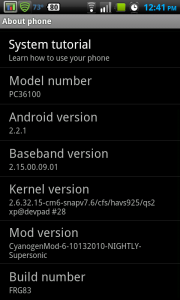 Perhaps the most notable feature on the newest build #116 from 10/13/2010 is the addition of the FM radio that no previous CM6 rom has included. I have flashed & tested the FM radio. As usual, it requires headphones being plugged in which act as the “antenna” to receive the broadcast. However, there is a toggle switch which lets you listen to the radio via the headphones or thru the EVO’s speaker. It also enables Bluetooth for listening thru a headset, but I have not tested this.

No need to consume any more of your time ranting and raving about the latest CM6 Nightly Build.   Go check it out for yourselves and let us know what you think about the CyanogenMod experience!