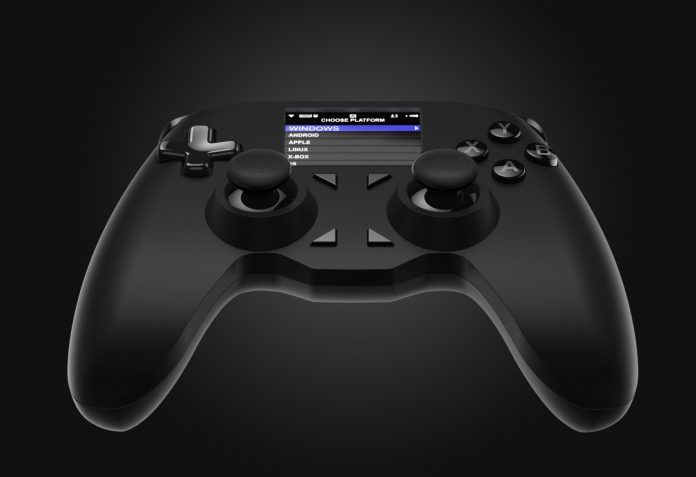 I know what you are thinking…..

Yet another fly by night idea landing on Kickstarter looking to entice us into parting with our hard earned cash, when the product hasn’t even been made yet. The past few years have shown us two things, a publicly funded project has the ability to be both a outrageously successful failure just as much as it can be a glorious success.

In this instance, may I urge you to read on. What if I was to tell you that it was possible to play all of your games on all of your consoles, all of your tablets and all of your desktops with just one universal controller? well, this is exactly what the Digital Depth “ALL Controller” is stating to be able to do.

The “ALL Controller” is said to be compatible with just about every modern device that you could wish for: PS4, PS3, Xbox One, Xbox 360, Windows PC, Mac, iOS, Android, Linux, Raspberry Pi – Nintendo Switch has even got compatibility on the horizon.

It Features an LCD screen, the ability to program macros, due to this the controller can pair with a variety of older PC devices and is said to have a battery life of around 40 hours.

Everything is managed via the built-in LCD display, so there’s no messing about with set up or installation. The ability button map is available, if you’re moving from console to console and you want certain buttons mapped for certain layouts,it won’t be a problem. Mapping can be done Straight from the controller. As well as this, you can also change sensitivity on the triggers and the joysticks, you can even swap the joysticks around to give you more control, should you so wish.

For now, I am going to remain on the fence with this one. I am a gamer, my friends are all gamers and as fantastic and exciting this prospect can be, I do feel one thing that is important to not be underestimated is gamer’s attachments to their controllers. I know people who refuse to play Xbox and refuse to play PS4 purely down to the dimensions of each consoles controllers. For the every day Joe I feel this will be a fantastic all rounder but it does feel geared towards the more hardcore of us.

Only time is going to tell with this one. I am excited yet skeptical, with no price and no date as of yet set for the Kickstarer to begin, we will just have to watch and wait.