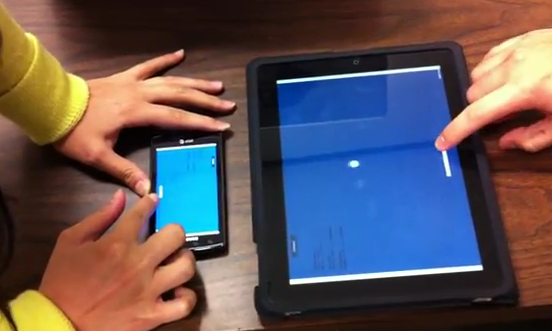 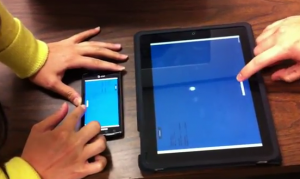 While mobile gaming continues to grow at a practically exponential level, game development company Digital Harmony knows what players want, and plans to give it to them… soon. The company is slating their first title as “Dragons Vs. Unicorns,” and is using the game to show off their idea of cross-platform compatibility. Two users (on either Android or iOS) will be able to go head to head in a battle, attempting to: “destroy their opponent’s tower using a variety of awesome abilities. Players will help their side defend their tower as they send in minions, lob objects, cast abilities and so much more.” The big question is: “what makes this so different from other multiplayer mobile games?” Here’s a video showing off the basic idea, where users will actually be able to connect both their devices at the same time.

Looks pretty cool to us! Be sure to hit the presser for full details.

AUSTIN, TX.-October 06, 2011 – Digital Harmony Games, a new interactive entertainment developer of social, casual games, today announced Dragons vs. Unicorns which will be the first title to launch from the newly developed company. Players will battle for ultimate dominance in this action-packed multiplayer game for all iOS, Android Smartphones & Tablets, and PC & Mac browsers. Dragons vs. Unicorns is expected to launch in early 2012 and players can visit www.digitalharmonygames.com for more information.

For centuries, the antiquated Dragons have looked down upon all creatures-most of all the Unicorns. Dragons, disgusted by the Unicorns’ love of glitter, candy, and rainbows, waged war on Unicorns which launched an all out battle for supremacy. Featuring a fantasy driven landscape, both mythical creatures will fight to destroy their opponent’s tower using a variety of awesome abilities. Players will help their side defend their tower as they send in minions, lob objects, cast abilities and so much more in this action-packed combat multiplayer game.

“Dragons vs. Unicorns is the perfect game for our first release because it’s got a great art style and offers an exciting gameplay experience for anyone who picks it up,” said Keren Kang, COO of Digital Harmony Games. “Creating a seamless cross-platform connective experience is quite important, and part of that experience is to ensure that there will be a multiplayer game available 24/7. With our cross-platform connective technology, players will always find a game against an iOS, Android, or web opponent.”

Dragons vs. Unicorns offers an immersive experience with a simple and intuitive control scheme and easy click and gesture based control.
PVP fans will find dynamic physics with realistic damage in the sprite filled, sparkly rainbow and molten lava driven world. Single player mode, VS store, real time lobby, persistent player data, social connectivity and so much more will await players in this unique and magical world of Dragons and Unicorns.