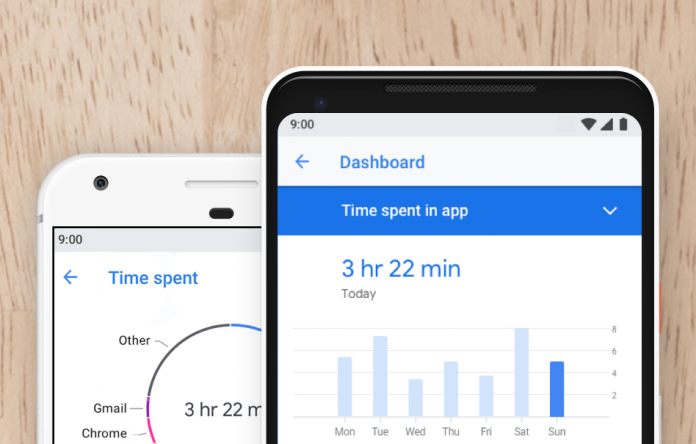 Earlier today, Google surprised everyone and released the final version of Android 9.0 Pie. While there are plenty of changes under the hood, there are a few extra features included too.

One such feature is Digital Wellbeing, which was introduced at Google I/O 2018. The company hopes this new feature will allow users to put down their devices and focus on life.

In another surprising move, Google is actually rolling Digital Wellbeing as a beta feature. This means that it is not automatically built into 9.0, instead, users have to opt-in.

What is Digital Wellbeing

But what is the purpose of this feature? Is it worth it in the long run? Or is this just another gimmick being offered.

Before being able to determine whether this will actually be useful, let’s take a look at what is being offered. There are three primary categories:

Holding all of this information is the Dashboard, which shows a breakdown of exactly how you are using your device. This information includes a nice little pie chart, showing the apps that you have used the most.

Below the chart, Dashboard shares how many times you have unlocked your device, along with the number of notifications. Further down the list, there are various sections to help find “Ways to disconnect”. 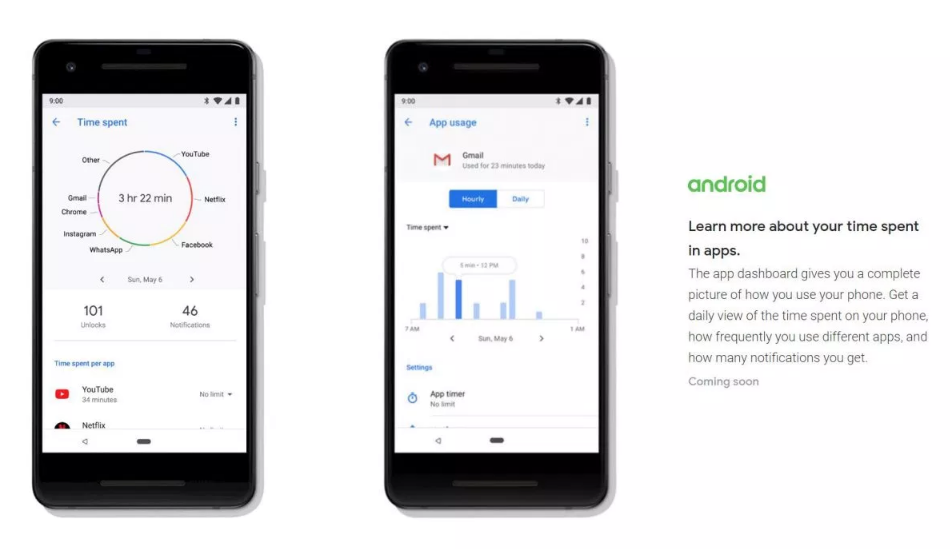 The first option we are looking at is the App Timer found in the Digital Wellbeing section. This will allow you to set limits to how long an application can be used.

As you approach the end of the timer, a notification will appear revealing how much time is left. Once the timer is up, the app icon will be greyed out, hopefully curbing your desire to open the app.

Of course, you can just bypass this timer, and continue using the app regardless. However, Google is hoping that App Timers will help keep you on your p’s and q’s and out of time-wasting apps. 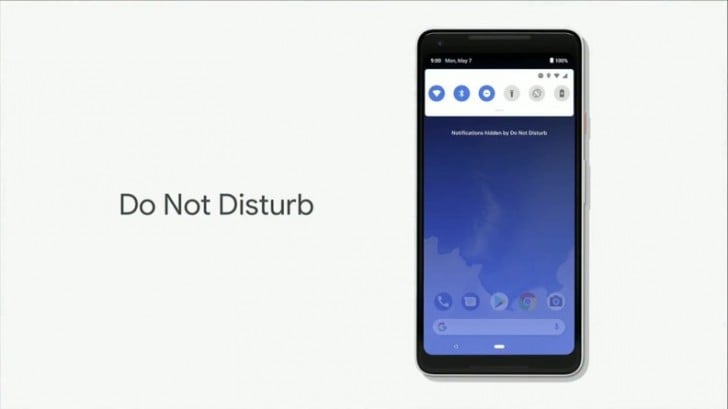 Obviously, DND has been around on Android for quite some time. But, Google has brought a few new enhancements with the help of Digital Wellbeing.

In previous iterations of Android, Do Not Disturb mode would only silence sounds and vibrations of notifications. With Digital Wellbeing in Android Pie, any visuals attached to those notifications will also cease.

This means that your screen won’t light up at an inopportune time to distract you from your current task. But once DND is turned off, everything will go back to normal, opening the floodgate of notifications. 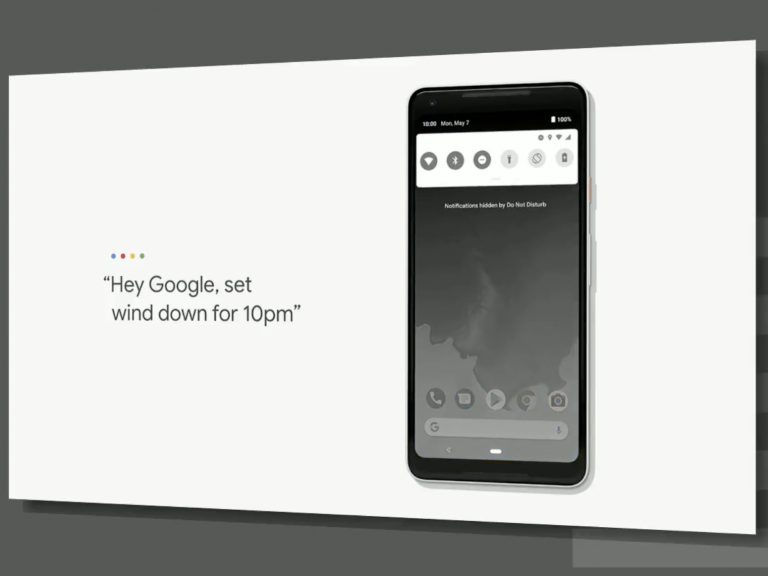 The final addition to Digital Wellbeing is Wind Down mode and is pretty self-explanatory. It’s no secret that quite a large number of folks use their phones while in bed.

However, this has been found to not be very helpful and can interrupt your sleep cycles due to the blue light from the display. Wind Down aims to change this by automatically enabling Night Light, Do Not Disturb, and switching the screen to grayscale.

After Wind Down has been set up for the first time, the change in the display will remind you to step away and get some sleep.

As we mentioned previously, this new feature is not automatically built into Android 9.0 Pie. Instead, interested parties have to opt into the beta program, and you can do so via the button below.

Once you have registered, Google will send you an email confirming that you want to use Digital Wellbeing. From there, a new settings panel will appear, making it possible to access everything you want to.

The important thing to remember here is that you won’t have to download a separate file or anything. Instead, Google will just automatically add it to your device, so you can just start messing around with everything.