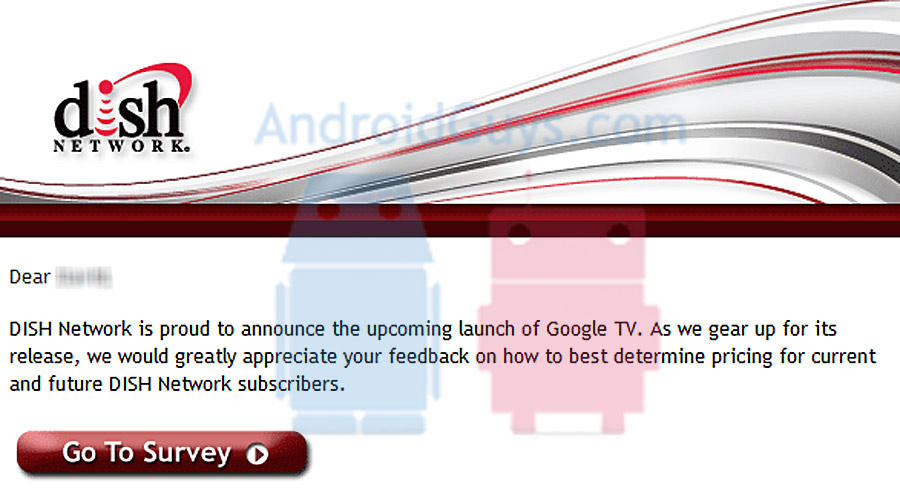 Satellite TV Provider DISH Network has been sending out surveys today talking about Google TV specifically.  We have several screen shots of the survey, thanks to one of our loyal readers.

There are a few juicy tidbits of information from the survey, here is a run down of what DISH is claiming:

It looks like that there is some functionality that only DISH customers are going to get, namely the full integration of Google TV with the channel guide and DVR functionality.  Also, the Blu-Ray player questions in the survey are intriguing, we will certainly keep our ear to the ground on that one.

Customers who had indicated an interest in Google TV are receiving the invitation to take the survey.  It seems that DISH is working hard to decide on the pricing threshold that customers are willing to pay for the new Google TV service.  More info as we get it in! Image Gallery of the survey after the break.