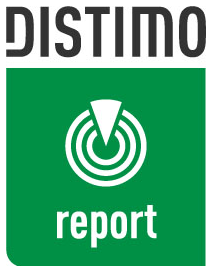 The Android Market is exploding  at a terrific rate, adding apps and games at an almost exponential rate.  And with 400,000 Android devices being activated every day, things couldn’t be better, right?  Meh… Take it easy.  There’s still plenty of room for improvement.  Plenty of developers are finding it difficult to get exposure make headway against bigger players.

I’m sure you’ve heard before the argument that developers are having a tough time making money on their Android apps.  It seems you can’t even talk mobile app monetization without someone saying that it’s not lucrative on Android like it is for iOS.

Distimo has released a new publication and it takes a look at how apps are faring as a whole, and as compared to other platforms.  Let’s dig into a few bullet points, shall we?

Compared to their Apple counterparts Distimo finds that Android developers have a tough time monetizing using a one-off fee model. Their report that only two paid applications have been downloaded more than 500,000 times in the Android Market worldwide to date.  Contrast that with the App Store where six paid applications generate 500,000 downloads within a two month stretch…in the United States alone.

One thing to keep in mind is that this report comes from data collected before Google turned on some of the new features in the Android Market.  With increased pressure from Getjar and Amazon stepping into the mix, Google has had to get creative and adopt changes to their store front.  Hopefully the next time Disitimo looks at these figures, they tell a different story.