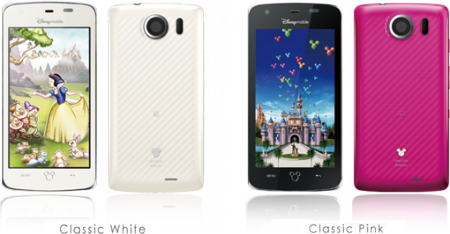 If you think Disney is just making cartoons and not interested in mobile technology, then you might be wrong. Believe it or not, Disney actually offers quite a few phones under their Disney Mobile network and today they have added two new Android powered devices. The announced phones are known as DM011SH and DM010SH.

The Disney DM010SH is Disney’s top-of-the-line phone and comes with a 1GHz processor, 4-inch 3D capable display with 960 x 540 qHD resolution, 8MP camera and Android 2.3 Gingerbread. On the other hand, DM011SH comes with the same 1GHz processor and 8-MP camera, but with a 3.4-inch touchscreen with a resolution of 854 X 480. Both come with Android 2.3 and a plethora of custom Disney apps: Disney Mail, Disney Calender, Disney Alarm, etc. They also comes with custom Disney themes, making them perfect for kids, or if you are a very big fan of Mickey Mouse or Donald Duck, then perfect for you. The DM010SH will hit the market in sometime in October whereas the DM011SH is slated for a December release. 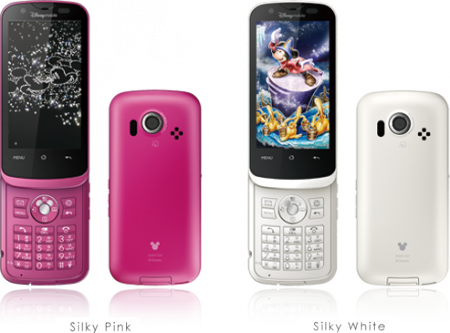 Oh Toodles, anyone in Japan planning to grab one later this year, would be a good birthday gift for your kids, no?