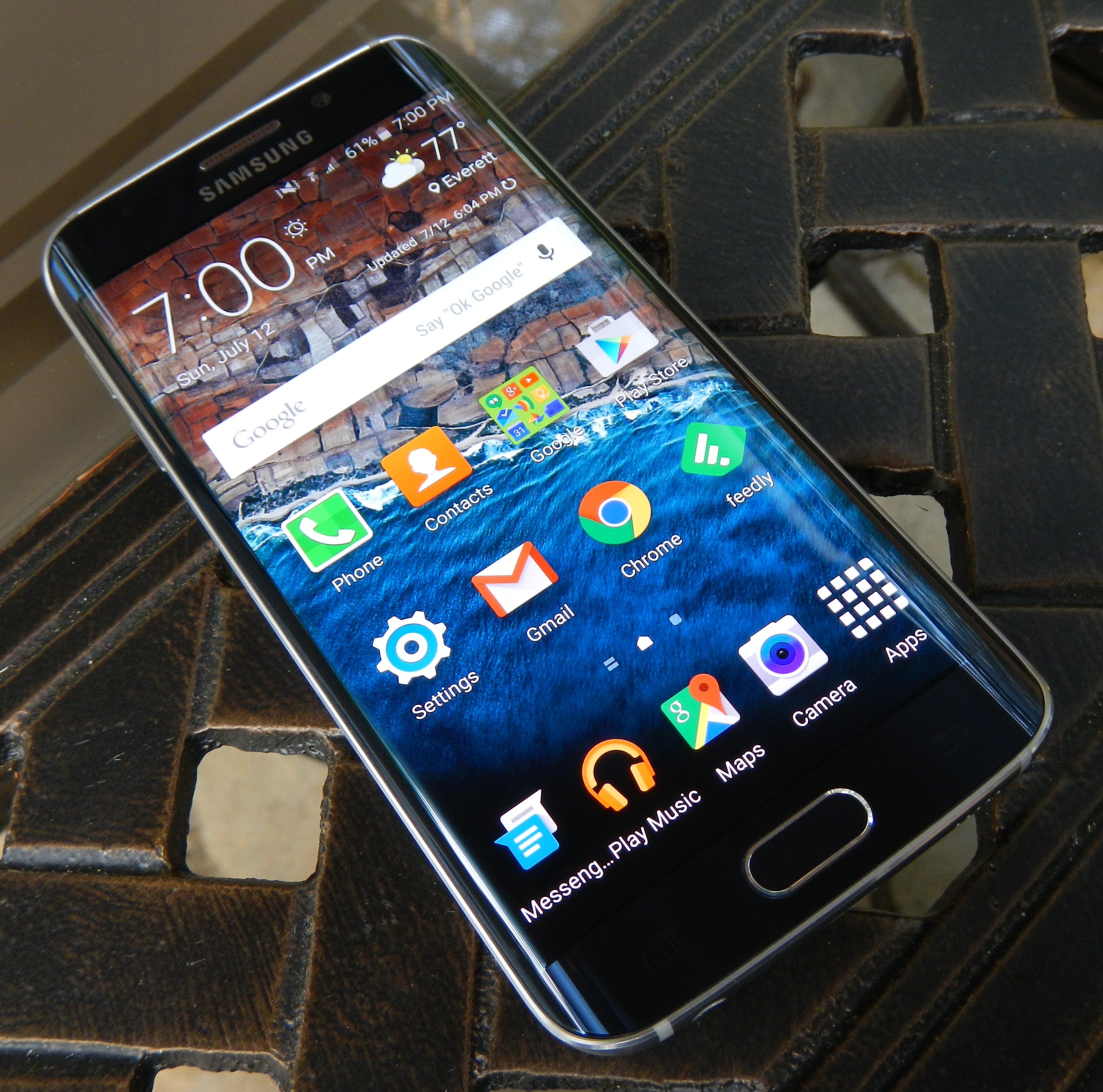 It’s pretty well understood that Android is fragmented. Phone manufacturers nearly always tweak the baseline Android OS beyond recognition in an effort to stand out in the crowd. Enthusiasts who swear by a pure Android experience (the way Google made it to be) shun the crime that manufacturers continue to commit over and over again.

But what I’m questioning today is if it’s worth sucking up the non-ideal UI’s out there for the sake of functionality? Many Android fans peg stock Android as the only answer, but I don’t think it’s that cut and dry. I’ve heard the saying many times in Google+ chatter, “Once you go Nexus, you’ll never go back”. Well…I’ve gone Nexus before, and I’m back without contempt.

This isn’t to say that Material Design isn’t a gorgeous UI. I recently expressed how much I’ve missed it on the Nexus 6. But the other side of that story is that I’ve always found pure Android to be a bit too simplistic. Therefore, while I’m standing on this side of the fence (for the time being), I’m gonna throw a few nuggets at stock Android users, of what valuable features you’re missing out on. Not just because it’s fun to tease, but because I feel like these are features that we all should have.

It’s crazy to me that Google hasn’t coded a dual-window kind of feature into Android yet (splitting the screen between two apps, to use them simultaneously). I mean, Google is a software giant for Pete’s sake, it shouldn’t be that hard for its developers to do. 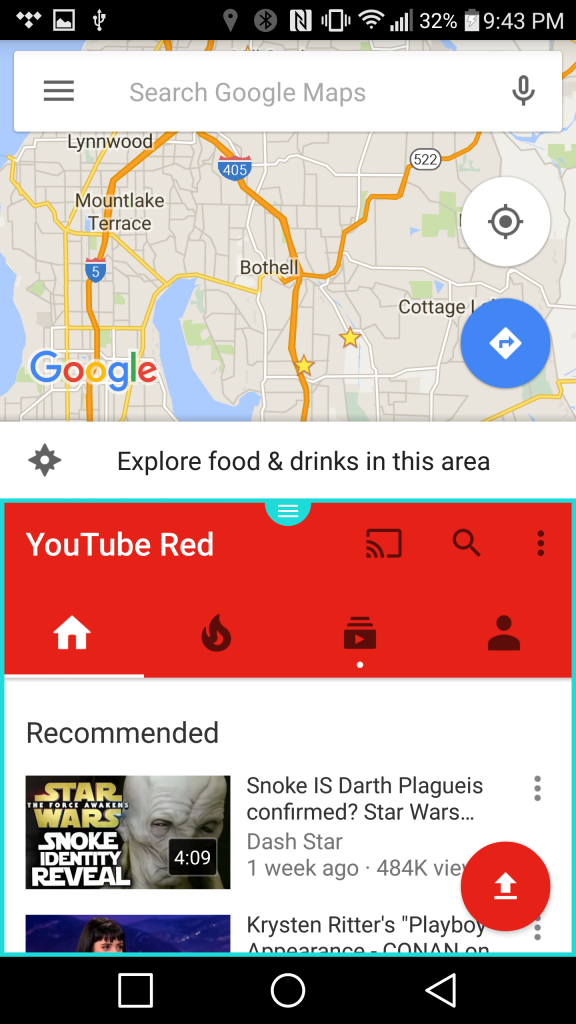 This feature debuted all the way back on the original Galaxy Note (Samsung calls it “Multi-Window”). It was introduced as a feature to take advantage of the large screen. But now that all phones are large now, whoever is not including it these days is being negligent.

Fortunately, Google did express that the dual window capability is finally in the works, as a response to the backlash over the Pixel C not having it.

[blockquote author=”Google Pixel C team via Reddit”]We’re working hard on a range of enhancements for Android in this form-factor – there are many things, like multiwindow, that we’ve been spending a lot of time on – hopefully we can share more about this soon.[/blockquote]

This fact is another crazy one to me. Google was the one who introduced software navigation buttons into Android (back with the Samsung Galaxy Nexus), so it should have been the one to make it better. Instead, third-party UI’s have stepped up to the plate. 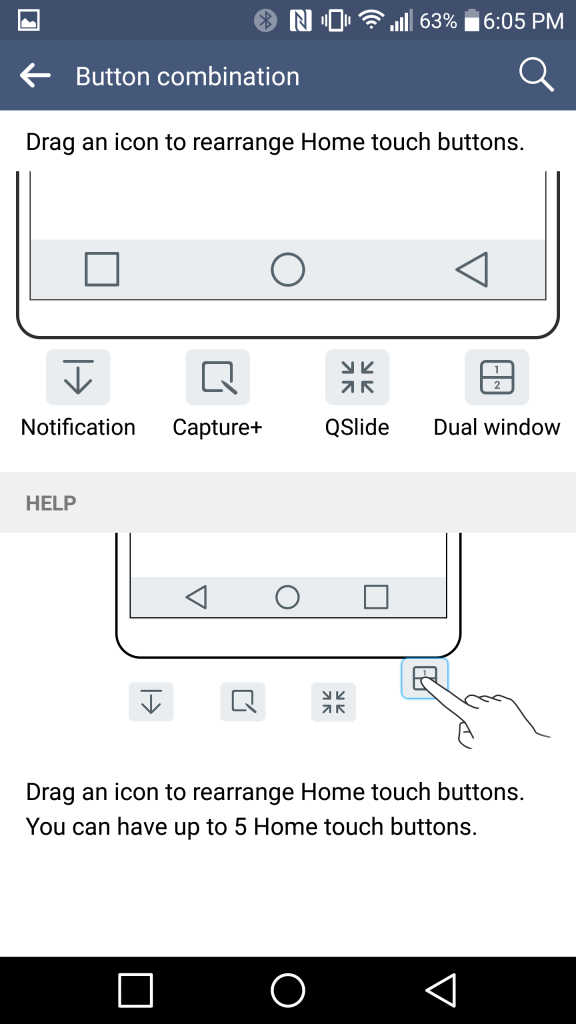 LG was the first manufacturer to let us alter the navigation button layout to our hearts desire, on the G2. Not only could we rearrange them, but we could add two more buttons and fill up that unused black space with something useful. What’s more, LG’s software allows you to hide the bottom black bar all together and utilize your entire screen for content.

If you use Android, chances are that you like customization to suit your own style. What I love about theme generators is that it’s quick and easy to overhaul Android’s baseline look with touches of flare that make you happy.

Unfortunately, Google has yet to implement a theming engine into stock Android. I feel like this has been a significant oversight, because Android should be showing off what it can do in a world dominated by iPhone users. And a theme is simple to set, even an iPhone user can do it :)

Why oh why doesn’t Google include double tapping on the screen to wake it from standby? It just doesn’t make sense. Even when the capability is built into the device, Google still refuses to allow it to work out of the box. I really want to know what’s going on here. 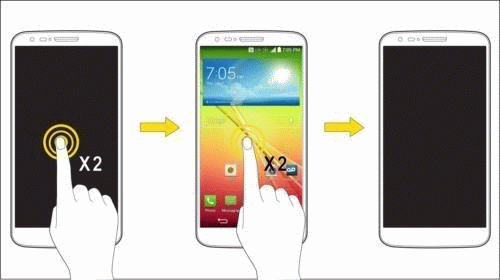 Sure, the brand-spanking new Nexus Imprint fingerprint method makes tap-to-wake not as critical. But there are times when I want to quickly glance at my screen when it’s laying on a table.

Many Android enthusiasts are familiar with gestures, but through third-party launchers, because stock Android doesn’t have any. Essentially, gestures allow the user to register common functions to different motions on the phone. For instance, setting the browser to launch when you a two-finger swipe in a particular direction, or toggling Recent Apps when you do a pinch motion with your fingers. Motorola’s twist your wrist gesture to launch the camera is another good example.

Additionally, some manufacturers have coded in a nifty gesture in the front camera software, to take the shot with a hand motion.

I don’t think that stock Android fans can refute that Google’s camera software leaves to be desired. You can’t do much more than HDR, panorama, lens blur, photo sphere, and burst shot.

Third-party UI’s typically include camera controls that reach for dedicated camera capabilities, such as white balance, ISO, focus distance, exposure compensation, and shutter speed controls. Many camera-savy folks also like being able to capture the RAW format of images.

My ultimate point is that I wish stock Android would evolve more quickly. There are super useful features that have been in third-party UI’s for a while now that Google has yet to implement. Material Design is by far my favorite UI, but I don’t want to miss out on other things, so I’m torn.

I know that this discussion will follow with “Stock Android can have those features if you root/unlock/flash”, but we shouldn’t have to. Most folks either don’t want to mess with their phone or the process goes over their head.

What are your thoughts? Chime in down below!