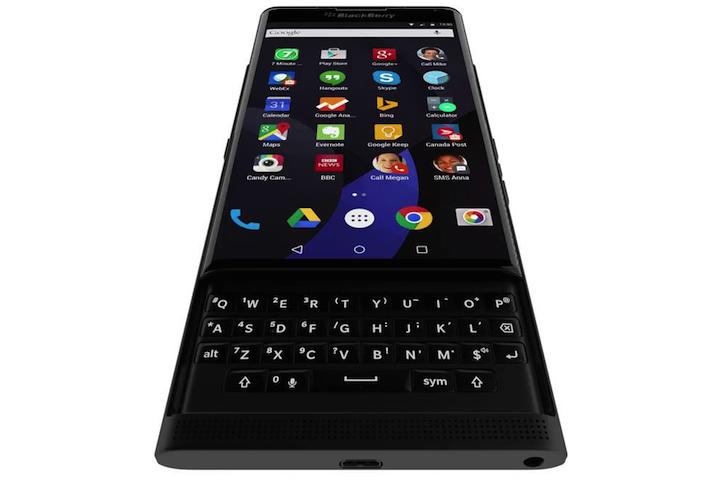 Looking back, the past couple years of Android have been incredible for smartphone buyers. We’ve seen amazing devices come from all the major players, all of them desperately wanting their phone to become yours. Samsung’s latest Galaxy phones this year have brought a new level of polish and luxury that we’ve never seen from the company before. LG’s G4 introduced many improvements over last years popular G3 and is a very worthy contender of best flagship of 2015. Motorola recently announced it’s highly customizable and fairly affordable Moto X Pure Edition on top of that. While most manufacturers have announced fantastic devices this year, we can all agree that they’ve been more “evolutionary” than “revolutionary”. Do we have anything more to be excited about for the rest of this year? The new Nexus devices are bound to be announced at the end of this month, but there is something else I’ve been paying even more attention to.

Blackberry has got something very special for Android fans, and it demands your attention. Many leaks have been showing up for Blackberry’s upcoming flagship, code named “Venice”, including a hands-on video, confirming that it is indeed running Android. Right when I had very little hope for the Canadian smartphone maker, the sky started raining frogs, and I’m genuinely hyped for this device.

As I mentioned above, “Venice” is Blackberry’s first commercial phone running Android, a move they presumably hope will draw in more customers afraid of Blackberry’s older OS which lacked many of the apps Android and iOS have. Blackberry is taking a similar path as Microsoft, accepting that Android is not going anywhere any time soon, and that Google’s open-sourced OS might benefit them more if it is utilized rather than fought. Like Microsoft, Blackberry is expanding their powerful software services into Android and other areas, such as their “second-to-none” mobile security software. While Android’s security is as strong as it’s ever been, it still carries the stereotype of being easily susceptible to malware and viruses. Blackberry’s incredible security plus the world’s most popular mobile OS sounds like a match made in heaven.

Besides running Android, Venice is reportedly packing some serious hardware. Blackberry has always constructed very durable and beautiful devices, and Venice is no exception. This device is rumored to sport a 5.4 inch Quad-HD AMOLED display, a 1.8GHz 64-bit Snapdragon 808 processor, 3 GB of RAM, a large 18-megapixel camera with dual-LED flash and a 5-megapixel front facing camera. As for the battery size, we are expecting a 3,000mAh non-removable battery. These specifications alone make this device quite tempting, but what’s even better? The phone’s slide-out keyboard, offering Blackberry’s most signature hardware feature.

Despite nearly every modern smartphone not having a physical keyboard, I miss having one on my messaging phone before I got my first Android. Looking back, I typed way faster with less errors, and it just felt better. Blackberry’s move to bring a slide-out keyboard onto a powerful 5.4 inch Android phone will be one of the boldest things to happen to the market in a while. Thank you, Blackberry, for trying to change things up again.

The “Venice” device is expected to bring all of 2015’s flagship hardware features, a near-stock Android experience with multiple very useful added tweaks and features including a re-tooled launcher, more shortcuts when sliding up from the home button including Blackberry Hub and Blackberry’s universal search feature, improved security features, and a more productive experience. Another feature Blackberry is bringing to this device is the touch sensitive keyboard, allowing you to scroll just by moving your finger over the keyboard like in previous Blackberry devices. The nice thing is, even if you don’t always want to use the physical keyboard, you can also use a software one too. If you’re concerned about the thickness of this device, the leaked hands-on video shows some promising looks of the device, as the actual screen is quite thin on top of the keyboard and body.

So far, does this phone compete with other flagships? A big, not huge 5.4 inch QHD AMOLED (slightly curved on the sides) screen, fast and competitive CPU, a large 18-megapixel camera with OIS, plenty of RAM for serious multitasking, very strong security and productivity features, a large battery, slide-out keyboard, and even expandable storage as confirmed in the video. This is a phone I’ve got my eyes on, and you can definitely expect further updates on it here at AndroidGuys.

What’re your thoughts on “Venice”? Does it have potential to be your next phone?