Remember we told you obscure Chinese brand Doogee was working towards a bezeless smartphone in the vein of the Xiaomi Mi MIX? Well the phone now made an official debut into the wild.

Unlike the Xiaomi Mi MIX, the Doogee MIX features a physical home button which doubles as a fingerprint scanner. The phone features a 5.5-inch AMOLED display with 1920 x 1080 resolution, so it’s a bit smaller than the Xiaomi Mi MIX’s which has a 6.4-inch diagonal. 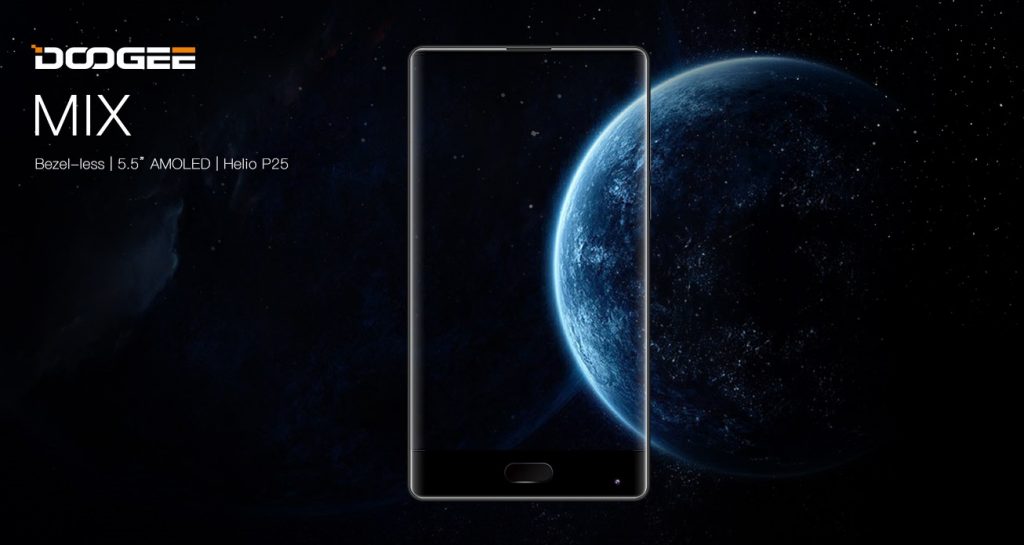 The phone boasts a premium stainless steel body with Corning Gorilla Glass 5 protection both on the front and back. As for computing power, the handset relies on a deca-core MediaTek Helio P25 CPU clocked at 2.5GHz which works in concert with 4GB of RAM and 64GB of internal storage. There’s also a limited edition variant with 6GB of RAM and 128GB of built-in storage.

Doogee boasts the MIX features a large 3,380 mAh battery with 5V2A quick charge technology which should allow owners to charge the battery up to 80% in just 30 minutes of charging. The Doogee MIX runs Android 7.0 Nougat out of the box with the company’s own UI on top which includes the DG security center.

The Doogee MIX is available in three colors including Coral Blue, Dazzle Black and Aurora Blue. As for pricing specifications, we’re a bit in the blur. Doogee Mobile (official retail shop of Doogee Mobile) lists the phone as out of stock with a $256 tag attached, but the phone’s official page does not show any pricing information.

Later update: the Doogee MIX is available for pre-order here.