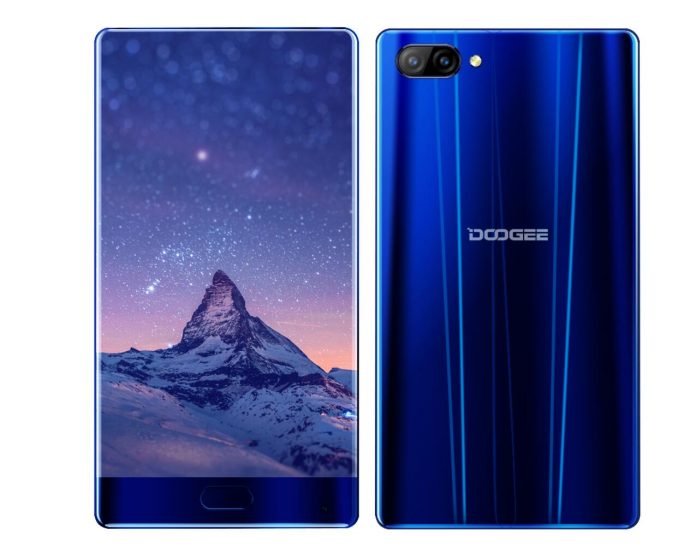 Chinese smartphone makers copying Apple is so last season. Now Chinese companies are just blatantly copying each other. Xiaomi made a huge splash when it unveiled the Mi MIX phablet, a phone with minimal bezels on the sides and on top – which was very well received in Asia. Wanting to duplicate the success of the phablet, other Chinese OEMs have voiced their intention of bringing out similar products on the market.

Yesterday we talked about the Maze Alpha and today we’re bringing you the Doogee MIX. The obscure company is expected to unveil the phone during the Global Sources Electronics show hosted in Hong Kong, which began earlier this week.

As you can see from the invites send to media, the MIX is a perfect imitation of the Xiaomi Mi MIX. Dogeee even copied the Mi MIX’s wallpaper.

When it comes to specs, the phone should bring about a 5.5-inch AMOLED display probably with FHD resolution (1920 x 1080) and an octa-core MediaTek P25 processor. On the back, the handset enjoys the services of a dual cameras setup that features a 16MP + 8MP combo. We’re also told the MIX will feature 6GB of RAM and 128GB of internal storage (just like the Midnight Black OnePlus 3T). The device features a physical home button which probably houses a fingerprint scanner.

So far, it appears the phone will be sold in at least two color versions, one black and one with a glossy sapphire paint job.

In contrast, the Xiaomi Mi MIX takes advantage of a 6.4-inch display with 1080 x 2040-pixel resolution and a Snapdragon 821 nestled under the bonnet. The bezeless device is sold in 4GB or 6GB of RAM versions with either 128GB/256GB of internal storage. It does not have a main dual camera, so maybe some customers will be inclined to choose the Doogee phones over the Xiaomi one.

Anyway, so far we don’t know whether the Doogee MIX will be priced more competitively than the Xiaomi Mi MIX or not, but it’s quite possible this will be the case indeed.