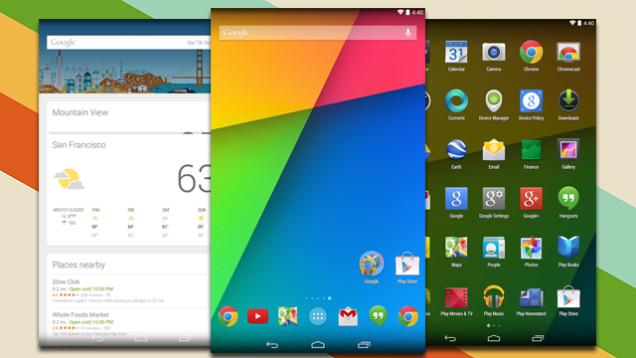 There’s a good percentage of you readers who know the exact differences between Android devices from different manufacturers. For those of you who are enthusiasts, this article probably isn’t for you, because you already know what I am going to discuss when it comes to changing the look and feel of your Android device.

But for those of you who don’t know what a Launcher is, take ten minutes to read through this article, for it may dramatically improve your experience with your Android smartphone or tablet. I’m not the type of writer who knows everything when it comes to the ins and outs of Android, instead I use Android because it simplifies and provides more information than I can get on other mobile platforms. And it does it cheaper too.

What is Android and the differences between manufacturers like LG, Samsung and Google’s Nexus devices?

I know most of you know that Android is an operating software platform programmed by Google, and you know it as a competitor to Apple’s iOS, but you may not know that your Android software might be vastly different from software on another device from a different manufacturer.

“Android is a mobile operating system (OS) currently developed by Google, based on the Linux kernel and designed primarily for touchscreen mobile devices such as smartphones and tablets. Android’s user interface is mainly based on direct manipulation, using touch gestures that loosely correspond to real-world actions, such as swiping, tapping and pinching, to manipulate on-screen objects, along with a virtual keyboard for text input.” – Wikipedia

What this means is, while Google programs Android how it thinks it should run and perform, companies like Samsung and LG can customize Android to their ideas of what Android should be. Samsung and LG are famous for heavily customizing Android, and for adding features that slow and complicate the software experience for many users. Samsung’s Android customization is known as TouchWiz and it adds a layer on top of Android which adds functionality like dual-window mode, or S Note, but also adds unwanted bloat in duplication of some features like S-Voice which is another version of Google’s “Ok Google“.

In contrast to Android, Apple’s iOS is highly controlled by them and every single iPhone experience is going to be identical. This is one of the major benefits to owning an iPhone, in that if you ever need help all you have to do is ask another user of an iPhone for help. But if you own a Samsung Android device, you may not be able to ask for help from someone with an LG device. While they both run Android, they both run different user interfaces which sometimes causes confusion. It’s one of the reasons why Google designs its own devices.

The Google Nexus line is a group of devices that run pure Android designed, developed, marketed and supported entirely by Google. The most current Nexus devices are the Nexus 6P and the Nexus 5X which are smartphones you won’t find in an AT&T, Verizon, T-Mobile or Sprint store. You have to buy these devices directly from Google or from sources such as Amazon.com or B&H Photo Video. So if you’re like most and buy your smartphones from carriers, there is a high chance you have never seen a Nexus device.

A Nexus device is Google’s idea of how Android should look and perform without adulteration. With Google’s Nexus line you can experience the Google Now Launcher which is available for almost all current Android devices. So if you feel like your current Samsung, LG, Sony, HTC, or Motorola device is not as simple or intuitive as you would like, you should consider installing the Google Now Launcher.

What is the Google Now Launcher?

The Google Now Launcher is a fast and clean user interface for Android. All you have to do is go to the Google Play Store and install the app if you don’t already have it.

When you install the Google Now Launcher, it will not delete any apps, and it will not void your warranty. In no way is this software going to change the underlying software, instead it just sits on top and is a different way to interact with your device. In a very superficial sense, it is like giving your car a new paint job.

How the Google Now Launcher changes your device

After you install the Google Now Launcher, there are a few settings you can customize on your phone or tablet. 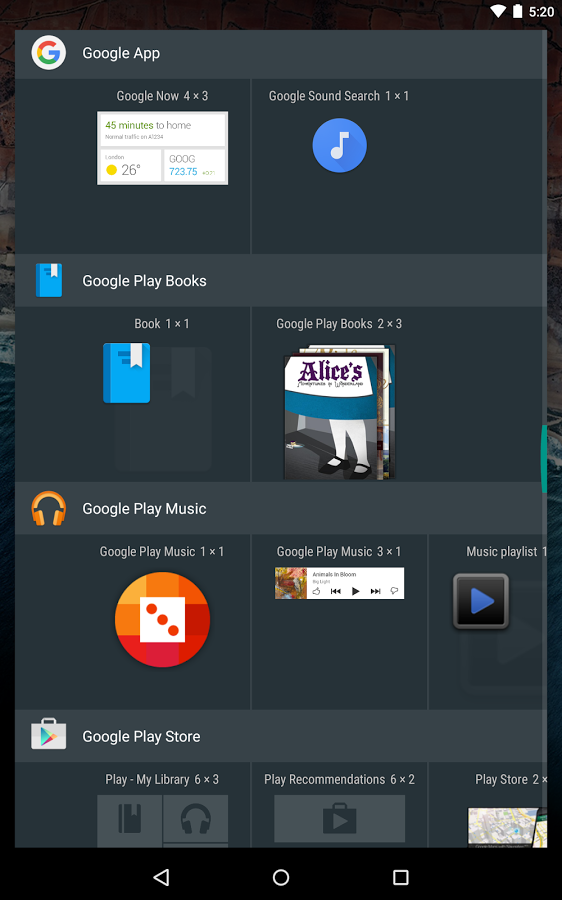 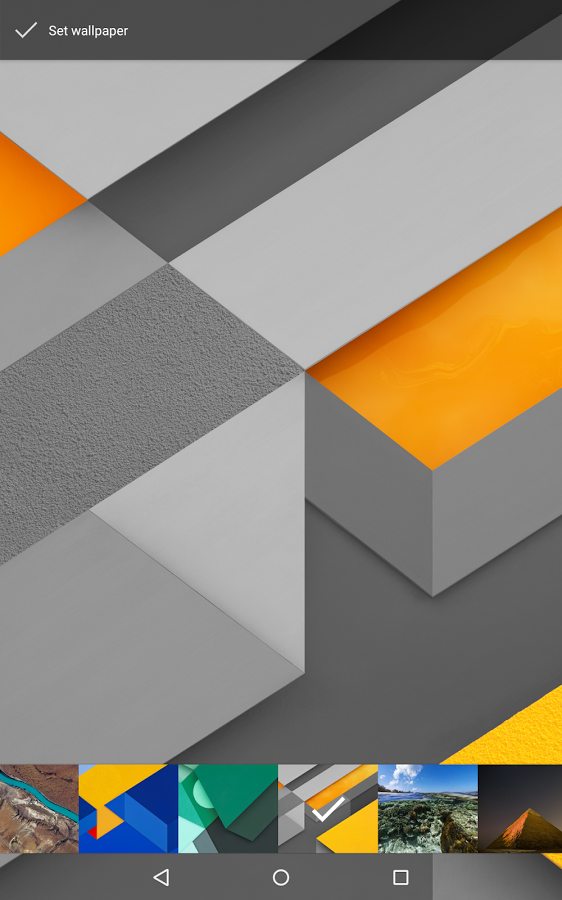 The Google Now launcher simplifies your interface and integrates other Android features like Google Now Cards into the homescreen.

You can use Now cards to get the right information at just the right time without even searching for it. For example, you can get commute traffic before work, find popular places nearby, see your favorite team’s current score, and more. 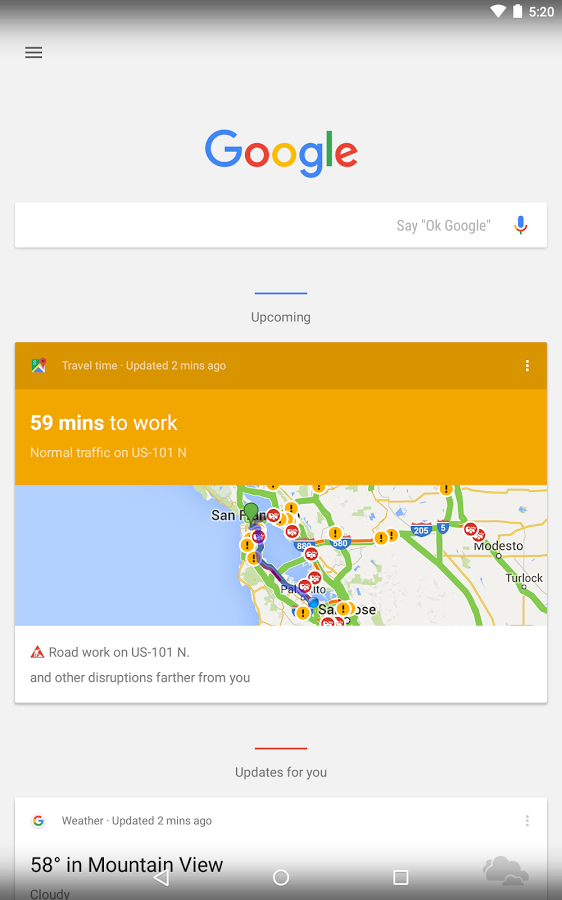 You can see your Now cards a few different ways:

Note: If you don’t see any cards, you may have turned Google Now off. Learn how to turn on Google Now.

Change which Now cards show up 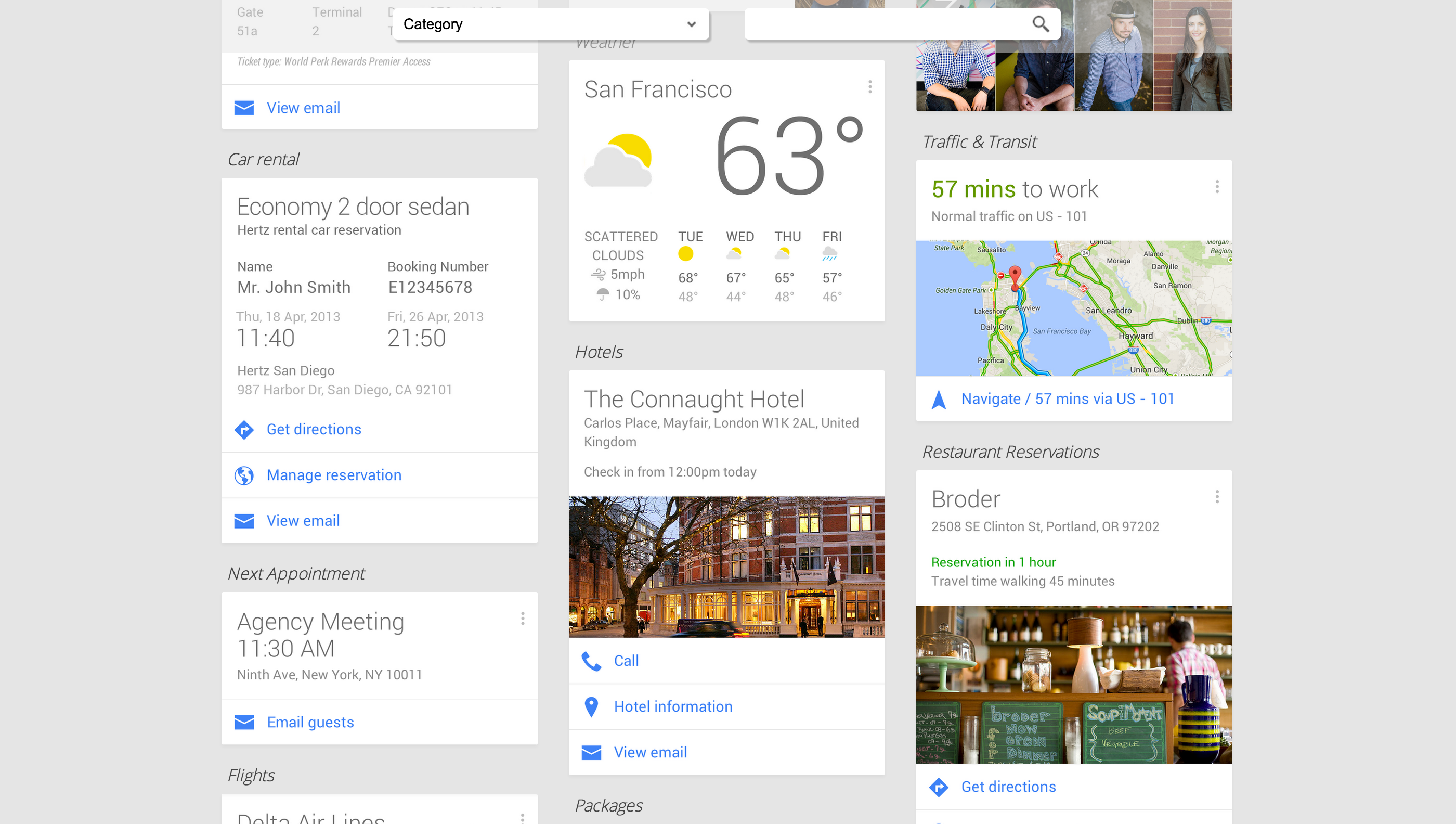 You can’t make Now cards show up at a certain time, but you can customize your card settings to let Google Now know what kinds of cards you want to see.

From here, you can pick what kinds of cards you want to see, including sports, stocks, places, and TV & video.

How Google Now decides which cards to show

To know when to display cards and reminders, Google Now uses information from your device and from other Google products.

Google Now also uses data from certain Google Account settings that you can choose to turn on when you set up Google Now:

Before you create a reminder, make sure you have Google Now turned on.

There are a few ways you can create a reminder in the Google app:

When you create a reminder, you’ll be able to edit where or when it shows up.

You should strongly consider installing the Google Now Launcher

The Google Now Launcher is 100% free to use and it will help integrate your Google services into one user interface. It will unify much of your information from Gmail, Calendar, News, Weather, and Voice apps all into the Google Now Cards which is built into the homescreen. While your smartphone or tablet may not be a pure Android device, you can get an almost pure Android experience just by installing the Google Now Launcher App. It will dramatically change your experience with Android and you might fall in love with the changes.

And don’t worry after you install the app, it will not modify or change any of the underlying software on your tablet or smartphone. It won’t delete any apps, but it will change the look and feel of how you interact with your device for the better. And best of all, you don’t have to be an expert to try it out. If you don’t like it, simply uninstall the app and your phone will revert back to its original settings.

And for the record, the Google Now Launcher is an app I install on every Android device I own.